Rejections and fun don’t mix – except this one time.

I wrote a horror story about vampires and started sending it out. The story made the second cut in an anthology but not the final one. Oh, well. I sent it out again right away and got a response of “close, very close” from the editor. Not bad!

Then … the very next magazine rejected it with a note saying that it was “cruel and evil.” Evil? A vampire horror story? Isn’t that the point? I laughed about it with my writer friends, and for a while I was known as the “evil Sue Burke.”

The next magazine rejected it with (this was by snailmail) a preprinted note saying: “We CELEBRATE your achievement!” Although the editors couldn’t take the story, the note said, they wanted me to know how proud they were of me for having written it and taken part in the furtherance of literature. Or something like that. I think they meant it because they dropped a sprinkle of confetti into the envelope – really cool confetti. I used it to decorate my desk lamp.

I kept sending the story out, got rejections both bland and encouraging, and on the 21st try, I found a magazine that loved it and took it. A few years later the story was even reprinted in an anthology. All’s well that ends well.

I learned four things from this adventure:

1. Confetti should accompany all rejections. Or, now that we send most things out via internet, a picture of a cute kitten. How hard would that be? 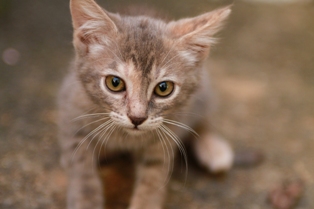 2. Rejections are about the story, not about the writer, which is too bad because I’d really like to be evil.

3. As we all know, rejections are a necessary step toward publication. We can even make a game out of them. I wish I could remember who I learned this from so I could give her credit: Try to see if you can achieve a certain number of rejections in a single day. She suggested five, so I made that my goal. The most I’ve ever gotten is three.

4. I need more rejections if I’m ever going to win the rejection game, which means I have to get more submissions out there. So, if you’ll excuse me, I’m going to go write something, and as a parting gift, here’s a picture of a cute kitten. Celebrate your next rejection with it. We all deserve a little fun. 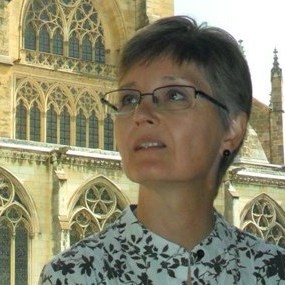 Sue Burke is a writer and translator. Her most recent translation is the novel Prodigies by Angélica Gorodischer, published by Small Beer Press. You can learn more about her at her website.