August 6, 2018 / redsofaliterary / Comments Off on Meet the Author! – Jeannette Ng 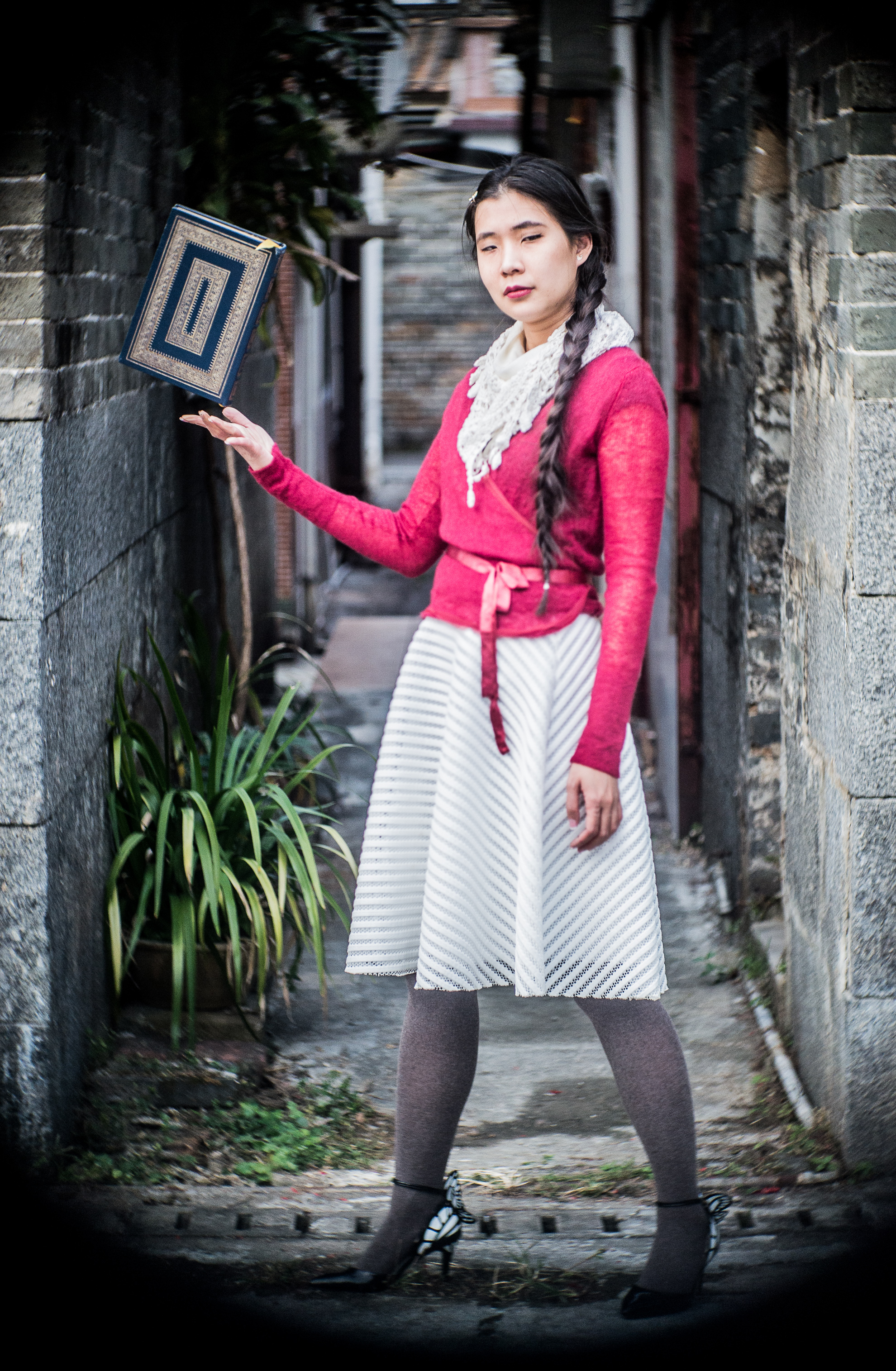 Jeannette Ng is a fantasy author, her debut novel Under the Pendulum Sun (Angry Robot Books) was shortlisted for the 2017 Brave New Worlds award from Starburst, was named one of the 10 Best Sci-Fi and Fantasy Books of 2017 by SYFY, and was included the The Guardian’s list of The Best Science Fiction and Fantasy of 2017. Her short stories have been published in Mythic Delirium, Shoreline of Infinity, and the anthology Not So Stories (Abaddon Books). She is a finalist for the 2018 John W. Campbell Award for Best New Writer. Thank you Jeannette for chatting with us about your writing, Under the Pendulum Sun , and all things Victorian!

When you get an idea for a story what usually comes first for you: the setting, the plot, or the characters?

Usually a “hook”, which is somewhere between setting detail and plot, but it can even be a very specific emotion. It’s something appealing that lodges itself into my brain and won’t go away. Often it comes from making an unusual connection and then just working through it. Under the Pendulum Sun, for example, comes from reading missionary manuals and noticing how their xenophobic language describing foreigners actually sounds a lot like descriptions of fairies. The passage about how fairies always lie if they can comes almost verbatim from one of those books but with a few words changed.

What are some effective strategies you use when editing your work? Is it difficult for you to stop revising and see a project as done?

Realising that editing should really be about larger things, like story structure, was very important in getting me to focus on the right thing. But I still tinker compulsively. If I open an old document, even if it has been published, I’ll start tweaking words here and there.

You’ve said that your novel Under the Pendulum Sun was influenced heavily by the Bronte sisters’ writing, specifically Jane Eyre. How did you become a fan of Victorian literature and why do you think it’s an era and place contemporary writers continue to draw on?

There’s also quite a lot of Wuthering Heights in Pendulum Sun, especially in the religious groundskeeper (complete with perplexing accent), gratuitous moor-wandering and the relationship between the siblings, but indeed the overarching structure owes a lot to the last third of Jane Eyre. There’s also Charlotte Bronte’s poem titled The Missionary and the lives of the siblings themselves, such as their childhood worldbuilding games. The latter also shows up in Catherynne M. Valente’s The Glass Town Game, which is about the Charlotte and Emily entering a fantastical world to rescue their siblings from Napoleon.

Jane Eyre was one of the first “big” books I read. I remember carrying it about school along with a dictionary and I diligently wrote in a notebook every single word I didn’t know. After that I swore off dictionaries forever. And I can’t say I enjoyed Jane Eyre all that much first time round. It wasn’t until I studied it at university along with the rest of the Bronte novels that I really appreciated it.

Many things about the modern novel date back to decisions made by Victorians. They’re certainly still being taught in schools and form the backbone of that esteemed literary canon (I hate that concept so much). And as such we are still very much in conversation with those tropes and those structures. George Eliot’s diatribe about silly novels by lady novelists reads as though its a few line breaks away from being a twitter thread and it could have been written yesterday. Even, say, SFF’s fascination with the Middle Ages isn’t so much about the actual fifteenth century so much as it is rooted in the Romantics dreaming about it. Which means there’s plenty there to unpack, to write about.

How much research went into writing a novel in set in Victorian England? Were there things you chose to take liberties with because you were writing in a fantasy version of the setting?

I didn’t have to do that much research since I was already familiar with the language and literature of the period. I scoured Victorian periodicals for snippets that can be mined for the epigraphs. I inserted a verse about fairyland into Reginald Heber’s missionary hymn “From Greenland’s icy mountains”, for example. My partner was involved in food research behind Emma Newman’s Split Worlds Regency ball, which meant I was there for all the taste tests an that influenced a lot of the food (frozen grapes are delicious).

I had a set date which I used as a benchmark for everything (1847) but equally I fudged quite a lot of things. Like the ball bearings that are used in the mechanical labyrinth of getting lost on a train is invented a couple of decades later. I resisted fudging Cathy knowing about the angler fish, though, because the deep sea was yet a mystery.

What are some of your favorite rewrites of classic novels or genres? Are there any novels that you’d like to see a redux of that hasn’t been done yet?

Wide Sargasso Sea by Jean Rhys remains a favourite of mine, which is of course Jane Eyre from the point of view of Bertha Mason, or as she should be known, Antoinette Cosway. No conversation about these revisionist rewrites is complete without The Wind Done Gone by Alice Randall. And I have a particular soft spot for Jacqueline Carey’s The Sundering which tackles Tolkien’s Lord of the Rings. Seanan McGuire’s Wayward Children is an amazing and very celebrated revisiting of familiar portal fantasy genre. With the Frankenstein anniversary, there’s been a lot of writers revisiting the so called First Science Fiction novel. I’m particularly looking forward to Kiersten White’s The Dark Descent of Elizabeth Frankenstein, as well as the novella anthology, Creatures, edited by David Thomas Moore.

I also keep seeing tweets about a postcolonial rewrite to The Secret Garden , so I know there are desi writers working on such projects and I’m super looking forward to all of them.

What made you decide to use fae as a magical element in Under the Pendulum Sun? What process did you use in developing your own unique mythology for the book and did you draw any inspiration from other stories about fae?

I owe a lot to the Victorian missionary manuals I read, and in particular it’s William Dean’s The China Mission that sparked the initial inspiration. He describes the Chinese as having “all the essentials of humanity” with two eyes, two ears, two hands, and two feet. And it’s just so incredibly othering that I couldn’t help but think he’s describing not the Chinese but fairies.

Which is where it all began, wanting to pitch that very Victorian mindset against something actually inhuman and watch it crumble. There’s a drop of cosmic horror there, I suppose, but very deeply disguised.

The Victorians are also infamous for being responsible for “nice” fairies, which is probably also why making them meeting horrid ones quite so pleasing.

The conceit of fairyland is built around the titular Pendulum Sun and I went about that fairy methodically. I liked the idea of a constructed clockwork world that mimics the “real” one, which again feeds into the various ideas of the fairies. The Victorians were really into creating miniatures from elaborately posed dolls in bell jars to giant clocks full of puppets. And in many ways, the fairies share that fascination.

Quite a lot of historical trivia went into the story, such as 1816 Year Without A Summer being explained by the South Sea Company selling off Summer to the fairies. I got distracted constructing this elaborate edifice of how the South Sea Company ends up trading with fairies. Since in the real world they’re responsible for the South Sea Bubble, I thought there’s a sly joke there about them dealing in lies and illusions.

Thanks again to Jeannette for taking the time for this chat! Check Jeannette and her work out at the links below: