NaNoWriMo Day #26 – Writing can be messy, but it helps make sense of the world around us

November 26, 2018 / redsofaliterary / Comments Off on NaNoWriMo Day #26 – Writing can be messy, but it helps make sense of the world around us

I write about women’s lives. More specifically, women who lived outside the strictly drawn lines of decorum in the late nineteenth and early twentieth century; the circus performers and burlesque dancers who charmed crowds and raised eyebrows.

Writing about lives, especially untraditional lives, can be messy. The pieces don’t always fit into one neat narrative. The story of how I became a person who writes, while not as complex as the stories of some of the women I write about, has its own stops and starts, its own odd assemblages of facts.

There are multiple ways to tell the story of how I became a writer. There is the story that trades on the charm of the inevitable. That as a kid I loved listening to my parents tell me stories, mostly true, about the antics of their childhood pets, or high school friends, or college days. (My parents met playing flag football when my dad picked up my mom and carried her down the field.) I’m sure it is from their stories that I found some of my humor, and learned how to craft a good anecdote. In grade school, I fell in love with the Little House on the Prairie books and set about researching all things pioneer. Then a high school history teacher turned what we all thought we knew about history on its head. (She was notorious for declaring to each class of new student, “Your forefathers all had syphilis!”) Then time spent volunteering and interning at museums taught me how to research. That this love of storytelling, and history, and research slowly combined to take the form of writing narrative history makes sense.

Another way to tell this story hangs on the narrative that passion can see you through obstacles. For the first part of grade school, I lagged behind my peers in both reading and spelling. Glasses helped, as did the realization that I’m dyslexic. In this telling of the story, those Little House books kind of saved me. Reading, in quick succession, nine books that average fifty thousand words each does a lot for your reading ability. I’m now never without a book. But I’m still not going to win any spelling bees. Even after checking those work emails twice, I can guarantee there will be a typo I didn’t catch. So while I love to tell stories, writing on my own always seemed like a stretch. Like being a klutz who decides to learn to juggle. (When I write about circus performers I often inadvertently type perfumers in my first draft.)

This connects well to the accidental author narrative. That version of the story goes something like this. At the beginning of my junior year of undergrad, I had enough credits in both history and theatre that I could have chosen to pursue a major in either. I went with theatre. I was going to tell stories by directing plays. Then I directed a documentary about men’s roller derby that people seemed to enjoy, and I carved out a professional career with a respected film company. When I started researching a new documentary idea, something to work on outside of my nine to five job, I wrote a one-page synopsis and shared it with a few friends for their feedback. The response I got on that one page document was surprising, and encouraging. People wanted to read what I wrote, and I really enjoyed the writing. I started putting together pitches for some online publications that I thought would be a good fit for my penchant for quirky narrative history nonfiction.

We are surrounded by stories, our brains are wired to respond to them, and in general we prefer when they follow certain conventions – the narrative arc, the hero’s journey, archetypical plots. But real lives are messier, with false starts, unrelated detours, and mundane stretches between the exciting moments. When I write narrative history I’m trying to reconstruct elements of people’s lives into entertaining, but still truthful, stories. Sometimes the pieces fit; they follow one to the other and offer some dramatic or comic turns. And sometimes they don’t. Sometimes you are holding the pieces for a narrative that doesn’t fully make sense. For me, the story of how I started writing, how I began working on a book, it feels a little like that. 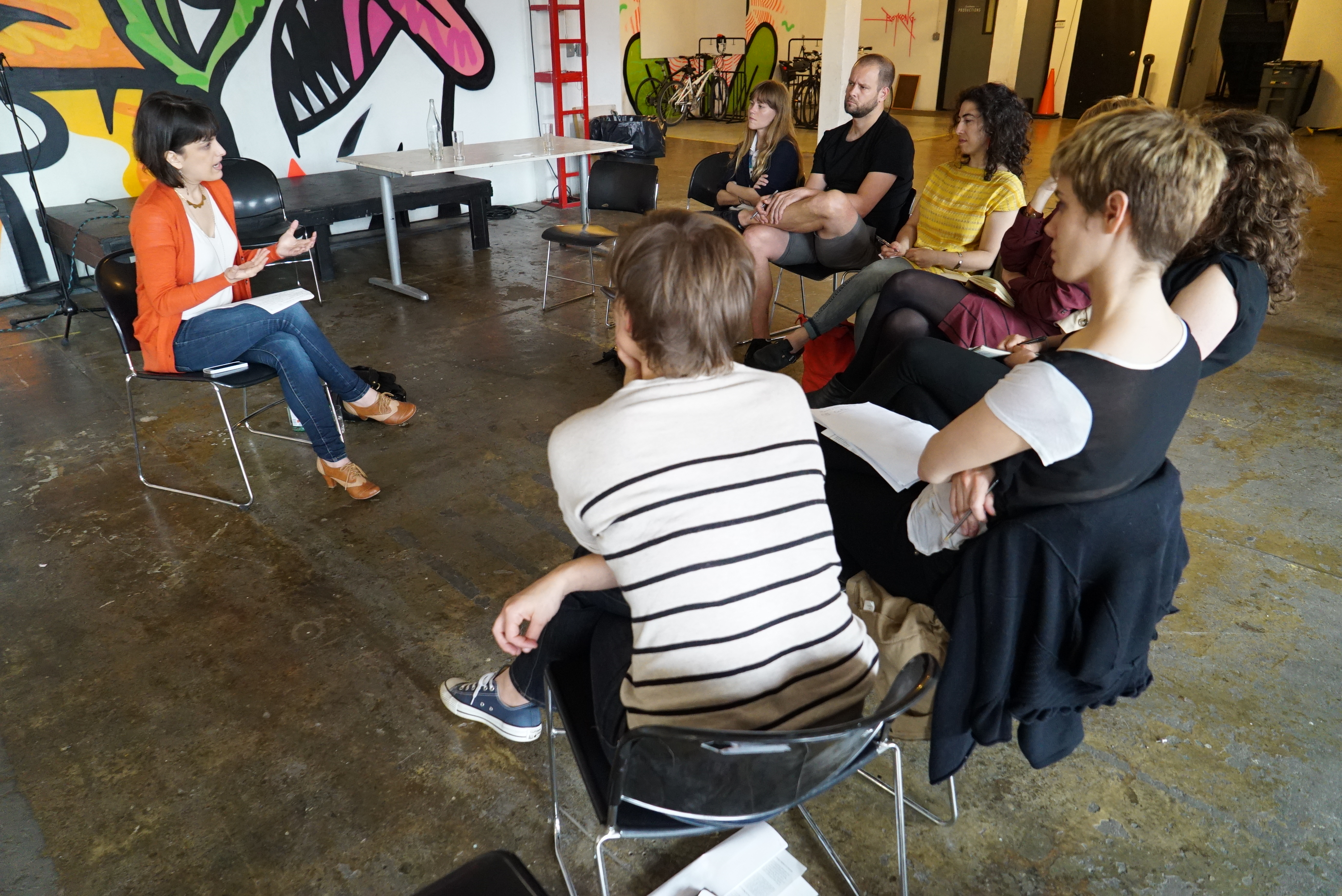 Kat Vecchio is a documentary film director and producer whose work explores American social and cultural history, with a particular emphasis on gender and popular entertainment.

Currently, she’s directing Big Top, Little Lady, a feature documentary exploring the lives of the female circus performers who thrilled the crowds during the turn of the century when the American railroad tent circuses were entering the height of their popularity.

Her first documentary, This Is How I Roll, followed some of the first male skaters in the modern roller derby revival as they worked to find their place in a female driven sport. The film is both a humorous and heartfelt chronicling of the fringe of a fringe sport. It’s a unique look at the unexpected, if still familiar, gender politics that plague modern athletes. Kat is the Manager of Grants and Investments at Fork Films, overseeing and facilitating Fork Films’ documentary grants program. She was also an associate producer for Fork Films’ recent documentary The Trials of Spring.