NaNoWriMo Day #29 – I write because I need to

My hometown was never big enough for a library. Well, it was never big enough for a public library. When my parents built their second house on a cheap plot of land in an agricultural village in the foothills of rural Oregon, one of the features of the house was a library. It served as our quintessential 90s computer room, but it wasn’t just an ordinary den with a couple of bookshelves in it. No, this room had ten-foot-tall bookshelves embedded into the walls. The ceiling itself stretched up about twenty feet in total, and when my parents were still married, my mom painted a mural of a dragon soaring over a valley on the blank wall above the bookcases. Since then, my dad has installed more bookcases in that spot, and of course a ladder. One of those rolling ones, you know, like in Beauty and the Beast?

When I was a little kid, all I really cared about were the books on the bottom shelves. There was one corner for my and my sister’s children books, but for the most part, the library was for my dad’s staggering collection of adult fantasy novels. And, yes, mine are now counted among its shelves. But the summer when I was eleven years old, I was finally a sophisticated (and tall) enough reader to start picking away at some of my dad’s collection on the higher shelves.

I decided to give JRR Tolkien’s The Hobbit a try, after my dad’s previous attempts to read it to me as a much smaller child failed to grab my attention. The Fellowship of the Ring was about to hit theaters, and I took my dad’s suggestion to read up on Middle Earth while I still had a chance to avoid the movies tainting my mental image of the story. It wasn’t difficult for me to get hooked on hobbits this time around, but in addition to falling down the Middle Earth rabbit hole (I’m still in it, hi), once I got to the end of The Hobbit, I had an incredible realization that shaped the entire course of the rest of my life:

Now don’t get me wrong, I’m not saying writing books is so easy any smug eleven-year-old Tolkien nerd can do it, as evidenced by the fact that the book I started writing then has been caught in an endless cycle of rewriting and revising that I’m still working on even to this day. (Oh no, I can’t say that, what if my agent reads this?) But I had a word processor and was reading and writing above my grade level–I had everything I needed to give it a try. So, I started writing books. And I actually… liked it?

Let’s go back to the small hometown thing. There wasn’t a lot to do except sports, which I wasn’t any good at. And when I’m not instantly good at something, that makes it Not Fun for me. But I was pretty good at writing. Combine that with the whole “nothing to do in a small town” thing, and I had plenty of time to imagine up entire fantasy worlds to play around in. Finally, something to do, something that was fun and fulfilling! And the more I did it, the better I got.

And I kept doing it. Between my first attempt at writing a book and now, I’ve written to completion at least ten full length novels. Not all of them were good, but I wrote them. And I’ve come full circle, because the book I’m tinkering with now is just another rewrite of that one I started when I smugly decided that I could show that baby Tolkien how it’s done. (No, but really, please don’t tell my agent that I’m spending my precious time on my middle school Tolkien phase novel.)

I can’t really explain the psychology behind why I decided to write all those books. Even ten books in, it certainly doesn’t feel like I do as much writing as I need to. Maybe that’s it–a need.  Or maybe human brains can only fit so many entire imagined worlds inside of them before those worlds start spilling out. Maybe I annoyed a witch when I was young and this is some kind of weird, mildly profitable curse? It sure isn’t because I don’t have anything better to do anymore. It’s just always felt right. Even as my job, writing makes me feel the way I felt in that big library in my dad’s house, way back before Moonshine sat on its shelves, back when books were the coolest, most interesting, most important thing in my isolated little life.

Or maybe I write just to show Tolkien how it’s done. I might need to write a few more books before I achieve that goal. 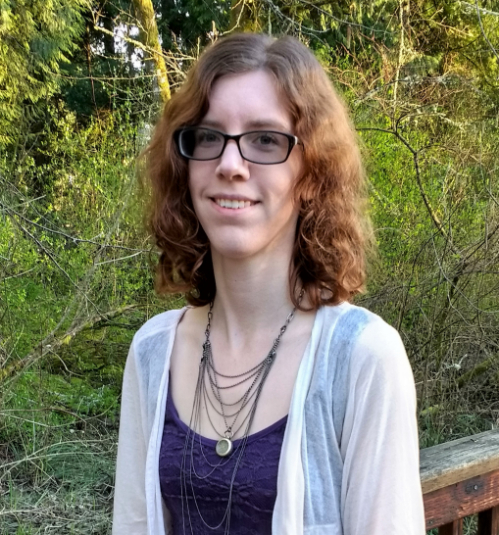 Inspired to write by a childhood filled with fantasy novels, 90s video games, and the curious experience of growing up in the rural Willamette Valley, Jasmine has a passion for exploring themes of gender, sexuality, and disability through the conventions of speculative fiction, mythology, and fantasy world-building.

Jasmine is represented by Laura Zats at Red Sofa Literary. She is the author of MOONSHINE (Angry Robot Books).