I read a lot of books—somewhere around sixty—every year. I read them on the train commute, on the beach, while porch sitting. No format preference—I love a good audiobook any time and any place, I crave print for my screen-tired eyes before bed and on vacations, and ebook is perfect for anything in-between.

When deciding what I should read next, I’m a particular sucker for the next installment in a series I loved the year before, featuring favorite characters on a new adventure. Shout out to the final installment in the Dr. Greta Helsing series, GRAVE IMPORANCE by Vivian Shaw (a medical doctor who specializes in mummy repair and therapy!), the fourth book in the Kopp Sisters series, MISS KOPP JUST WON’T QUIT by Amy Stewart (perfect for those Miss Fisher’s Murder Mysteries fans among you), and the final book in the absolutely excellent Mo & Dale Mystery series, THE LAW OF FINDERS KEEPERS by Sheila Turnage (plucky, Southern, and full of heart middle grade treasure hunting!). 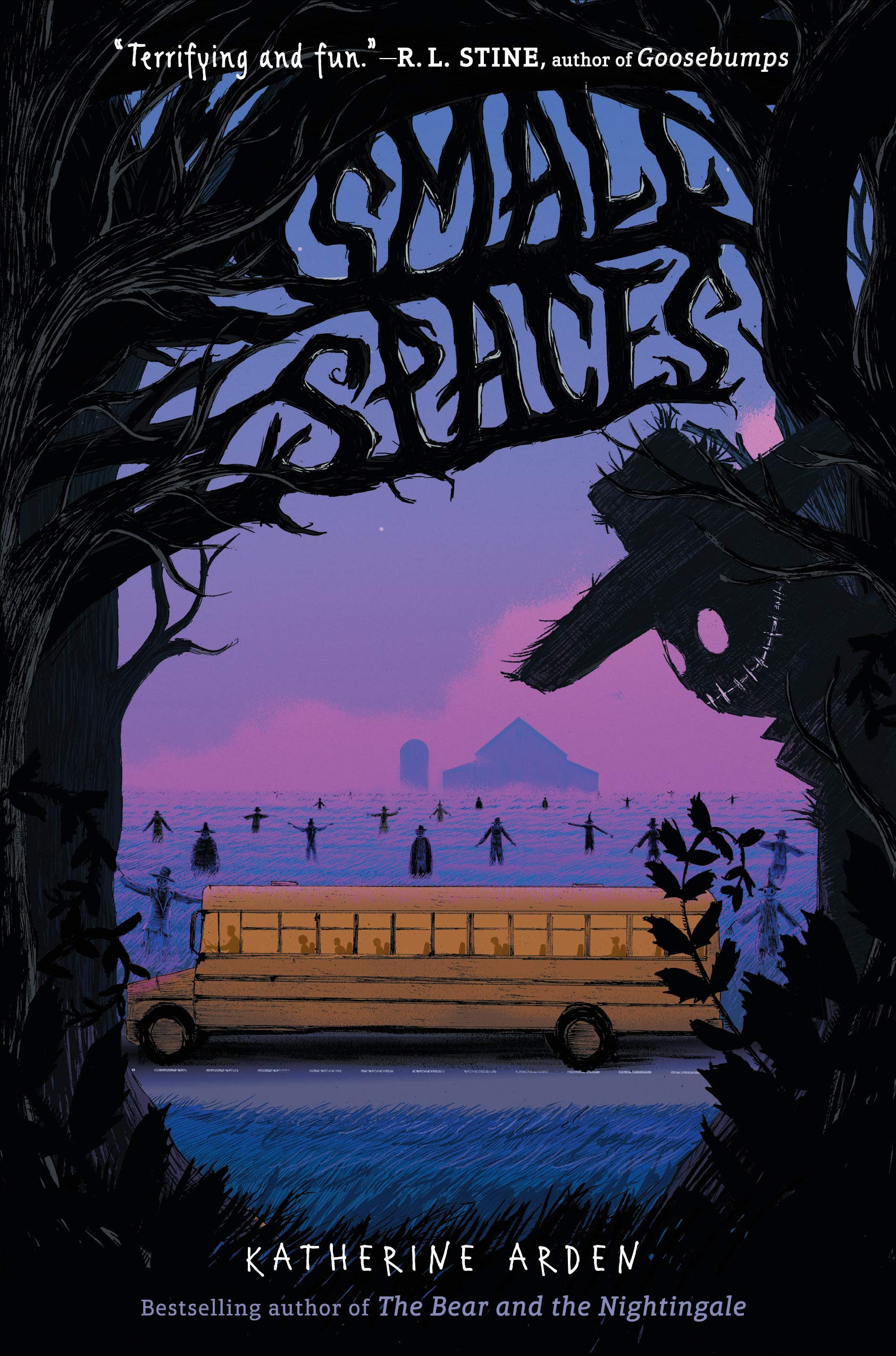 With some of my favorite series winding down or coming to a close, I was delighted as both a reader and a writer to pick up SMALL SPACES, the first in a middle grade series by Katherine Arden. I read the creepy, spooky story in one sitting, unable to go to sleep (or turn off the lights!) before I knew how it ended. Featuring eleven-year-old Ollie, an only child still mourning the recent and sudden loss of her mother, who’s school bus breaks down on the way home, and a pack of cursed scarecrows hunt her and her classmates through the dark woods. Clever in her own right, but with the added advantage of a watch that transmits helpful warning messages from Ollie’s mother…from the beyond, Ollie and her friends might just survive the night.

As a reader, this was my perfect cup of tea. I love stories rooted in the real world, historical or contemporary, where characters find a hidden vein of magic, the sort of magic a small part of me thinks/hopes I still might stumble across if I look down the right dark alleyway at the right moment, or if I tiptoe outside during the witching hour. I so badly want a glimpse of that magic, even if it’s dangerous.

As a writer, SMALL SPACES has haunted me. I’ve returned to it as a craft study: dissecting how the author leveled up the tension with each chapter, organized the words on the page to tug on my heart strings in particular scenes, and, most importantly, constructed a terrifying and memorable villain, “the smiling man.” A creature who makes deals for your hearts desire, at a price, who doesn’t always play by the rules, who hates losing a bet more than anything else, an immortal who likes to play high-stakes chess with people’s lives, an impossibly powerful magical being who never forgets a grudge. The sort of villain who haunts nightmares.

Middle grade literature is rich with bad guys, characters readers love to spend the rest of our lives actively hating: Dolores Umbridge, Captain Hook, Count Olaf, evil stepmothers, and the Wicked Witch of the West. And don’t get me started on the brilliant perfection of Cruella de Vil. Can you imagine a more vile antagonist in a child’s eyes than a woman who literally wants to SKIN 101 PUPPIES to wear as a COAT?! There’s something compelling about reading a villain, so perfectly constructed to terrorize the child hero or heroine, who has readers cheering against them in the final battle. 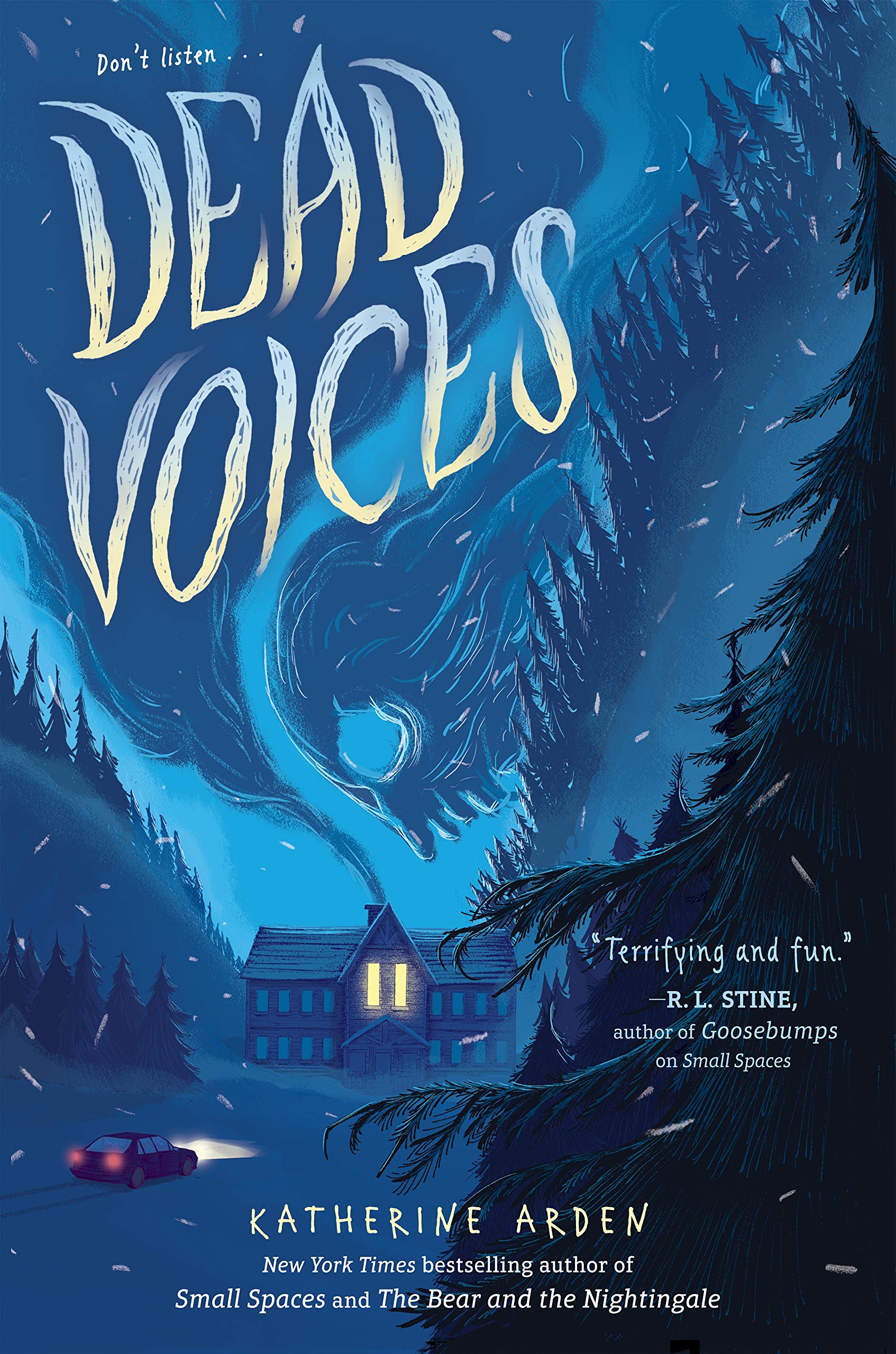 As a reader and a writer, I was delighted to pick up the second book in the series this year, DEAD VOICES. Picking up where it left off, poor Ollie and her friends, still exhausted from their brush with the smiling man, are unlucky enough to get snowed in at a haunted orphanage turned ski lodge tasked with outsmarting a vengeful nun ghost in one, fast-paced sleepless night. I read it in one sitting.

I can’t wait for Book Three.

Hannah Karena Jones writes middle grade with a magical twist. Her pictorial history book, Byberry State Hospital, was published in 2013 by Arcadia Publishing. She serves as the managing editor at Running Press and Black Dog & Leventhal.