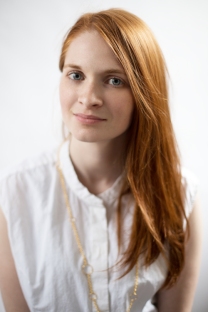 Like any relationship, it’s not easy breaking up with a manuscript, especially when you put so much time and effort into it, and at the end of the day there are still strong feelings involved. And it’s even harder when it was your first.

There is nothing quite like finishing that first manuscript. After years of false starts, cryptically-labeled documents crowding computer desktops, and rough outlines scribbled on pages of a dozen different moleskin notebooks (since it’s impossible to leave Barnes & Noble without buying a new one), typing that last sentence feels like crossing an impossible finish line. But a completed manuscript is only the beginning with no promise of a successful end.

I finished my first manuscript when I was seventeen. With my senior year of high school on the horizon, it was naturally shoved to the side, only to be revisited toward the end of college. It was then in 2009 that I landed my agent, Dawn Frederick, at Red Sofa Literary. After polishing my manuscript and creating a dazzling marketing proposal, my book was sent out to editors with rather realistic expectations, and yet with the misguided assumption that all the work was behind me.

As I waded in the pool of post-submission bliss, I came across an article about an author who, after failing to garner interest in her first novel, had to wait until her second novel to find a publisher. A second novel? Moving on to another novel while a perfectly good one was still waiting in the wings? Not only did the idea strike me as worst-case scenario but also just plain absurd.

As the months went by and the rejections piled up, I learned things about publishing that I hadn’t even considered. It had never occurred to me back when I was seventeen that a book with a middle school aged protagonist but with a word count and voice that placed it in the young adult genre would be considered “unmarketable”. But now I was seeing that even with positive editorial feedback, it still was going to be an uphill climb in seeking publication. And after a couple more disappointing months passed, I began embracing the rather difficult, yet freeing, fact: my first finished manuscript wouldn’t be my first published book.

Again, moving on from a manuscript is similar to a relationship breaking up. A lot of time is spent bemoaning the hours you would never get back, the heartbreak of losing something you still care about, and the difficulty in fully understanding what went wrong. Also, the thought of starting from scratch with a new book was both exciting and nauseating. But in early 2012, I did something I hadn’t done in many years. I typed the words “Chapter One” and started again.

Equipped with more insight the second time around, writing my next novel was a different experience. On top of all the research needed for this historical fantasy story, I was also conscious of the book’s target audience and marketability. I understood that I no longer was just trying to catch the eye of an editor, but also a publisher’s sales team.

Six months later a rough draft was completed. A year later, it was being submitted to publishers. And as of November 2nd, Curiosity Quills Press released The Krampus Chronicles: The Three Sisters. But even with the excitement of finding a publisher for The Krampus Chronicles, I still think regrettably to my first novel, and my inability to save it from the mountain of unpublished manuscripts deemed “unmarketable.”

But it’s important to remember that not all relationships that end were necessarily mistakes. And not all couples that dig their heels in, refusing to break up, are success stories. There’s a lot of accomplishment in the simple act of cutting losses and moving on, even in the world of writing – especially ­in the world of writing.

Sonia Halbach was born in Minnesota, raised in North Dakota, and attended college in South Dakota. So naturally, a week after graduating from Augustana College, she hightailed it east to try New York City on for size. And it turned out to be pretty big. But with a passion for history, Halbach soon became infatuated with New York City’s rich collection of stories.

When Halbach’s not trying new flavors of bubble tea, civilizing her cats, or conjuring up schemes to get locked inside The Morgan Library & Museum for a night, she can be found researching forgotten stories on the island of many hills, which inspired her to write The Krampus Chronicles.