NaNoWriMo Day #26: Three Tips To Help You Set And Stick To Your Writing Goals

November 26, 2015 / redsofaliterary / Comments Off on NaNoWriMo Day #26: Three Tips To Help You Set And Stick To Your Writing Goals

Sticking to your writing goals can be tricky.

That’s because procrastinating can often be so much fun.

You can take a snooze, play Candy Crush, spend hours sifting through your ex’s Facebook pictures to see just how stupid the new person they’re dating actually is…

There are no limits to what you can get up to these days.

However, if you’re going to call yourself a writer and not feel like a total fraud in doing so, then you’ll probably want to get at least some work done.

Here are three tricks I’ve picked up over the last few years when it comes to setting and sticking to my writing goals.

1.  Your non-writing options should always suck

I LOVE playing video games. That’s exactly why I don’t own a console. Or a television. Or Netflix. Usually, if I’m in the middle of writing something but don’t quite feel like working, I’ll give myself one or two outs. They’ll include things that are hard to get excited about, like going to the gym or worse yet, cleaning my apartment.

But either way, I’ll be doing something productive, and more times than not, productivity begets more productivity.

Admittedly, this is a tip I picked up after reading an article on Hemingway.

He said: “I always stopped when there was still something there in the deep part of the well, and let it refill at night from the springs that fed it.”

The man has a point.

Ideas tend to feed off one another. So if you execute on all of your ideas and leave nothing for the next day, you might have a problem getting started back up again.

3.  Start slowly and ease into your work

You wouldn’t walk into a gym and try to bench press a few hundred pounds if you’ve never worked out before, right? If you think otherwise, just go on YouTube and look up ‘bench press fail.’ Trust me when I say that you can’t unwatch that shit.

It’s the same thing with writing.  If you start by trying to write 3000 words a day you’re most likely going to fail.

Instead, start with 500 or 600 words a day. If you can do that with consistency, then slowly and steadily increase your workload.

And remember, if all else fails, there’s always self-flagellation. 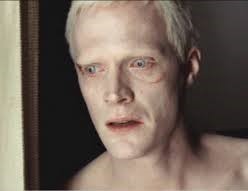 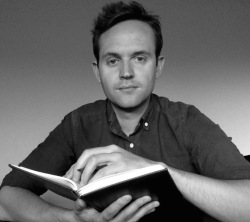 As a Canadian, MIKE MACDONALD is used to ruminating endlessly over simple everyday decisions, such as putting milk or cream in his morning cup of coffee, whether to take the train or the bus, and just how badly this sweater needs a wash. Basically, he was born to write choose-your-own-path books, at least as long as they completely avoid adventure.

Mike attended graduate school at the London School of Economics, where he wrote his dissertation on the political relevance of satirical news. Upon graduating, he took an editorial internship at America’s Finest News Source, The Onion, or as his parents called it, the least practical option available. He continued to work as a contributing writer for The Onion for the next four years.

Mike has written and produced a sketch comedy television show with one of the largest networks in Canada, launched a Canadian satirical news site, The Smew, and worked as a journalist for the largest newspaper chain in Canada. Because all these things happened in Canada, of course, you’ve never heard about them.