“A goal without a plan is just a wish.” – Antoine de Saint-Exupery

This is the year I’m going to make National Novel Writing Month (NaNoWriMo) work for me – and not the other way around.  It took a failed attempt last year for me to realize it’s not a one-size-fits-all endeavor.  Those of us who participate will be in all different phases of our writing lives, from first time novelists hoping to finally get that book down on paper to writers like me who’ve written several manuscripts but are seeking something else from the experience.  But the one thing we will all share if we want to succeed is a need to define goals as well as create a plan to achieve them.

My writing style doesn’t naturally lend itself to speed writing.  I alternate writing sessions with editing sessions, so while I may not produce a first draft as quickly as some writers, it tends to be much tighter than it might otherwise be.  Abandoning this method in favor of letting it all spill out on the page, unfiltered and unchecked, definitely makes me nervous.  What if I hate the results?  What if I find at the end that I’ve wasted thirty valuable writing days?  On the other hand, what if this method enables me to write more emotionally, more bravely than I’ve ever done before?  And what if come November 30th I’ve laid the groundwork for a novel I’m immensely proud of?

So this is my goal: for the thirty days of November, I will write 2,000 words daily – without judgment and without editing.  Maybe I’ll have the satisfaction of finishing a first draft in that time frame, maybe I won’t; I’m not measuring my success by that yardstick.  NaNoWriMo will be a success for me if I have stretched as a writer and summoned the courage to find the truth in my characters.  And yes, I’ve already got a few good bottles of chardonnay chilling in the fridge.  Something tells me I’m going to need it!

Now comes the heavy lifting: mapping out a realistic plan.  I know myself well enough to predict that as of Sunday, November 1st, I’ll be recovering from a Halloween-induced chocolate hangover, and approaching my computer as reluctantly as if there were a grumpy dragon perched on it.  So what can I do in advance to make this challenge less daunting?  What can we all do to give ourselves the best shot at success?

“You can, you should, and if you’re brave enough to start, you will.” – Stephen King

Writing for me is a daily habit, so I’ve already figured out what environment is the most conducive for my creativity.  I’m lucky enough to have my own home office where everything I need is at hand.  There’s a bulletin board over my desk used for laying out visual plotlines and character sketches.  Outside the window is a fountain equipped with a timer, because it drowns out all the distracting noises of city life.  I’ve even got dog pillows scattered around to keep my writing buddies happy.

Your ideal writing space may be the polar opposite.  Maybe you prefer your kitchen table with movie soundtracks blasting though headphones.  Or perhaps you’re like my screenwriter friend who calls himself a Starbucks writer – he’s most creative when surrounded by espresso-swilling hipsters and listening to Ed Sheeran.  The point is there is no right or wrong place to write, but choose a location that works for you.

Coffee for one, please

Routine is good for children, dogs…and writers.  Maybe you can write at all hours of the day or night and be equally productive, but not me.  During the week, I get the kids to school, take the dogs for a walk, tackle any work-related matters, and then I grab a cup of coffee.  There is something about the sameness of these activities that gets my juices flowing, and that cup of coffee is the signal that it’s now time to create.

So get into a routine.  Build your writing time into the calendar as you would any other appointment or meeting, and keep that date with yourself.  It will soon become a habit you will never want to break.

Don’t forget to have a life

2,000 words a day is my goal, but sometimes goals need to be modified.  A sick kid needs a trip to the doctor, a client calls with an emergency, an old friend unexpectedly calls with an invitation to lunch.  All of us have demands on our time that will sometimes take precedence over writing if, say, we want to stay married, have friends, continue to be employed, or raise kids who aren’t social pariahs.  The important part is to not beat yourself up because you only wrote 300 words on a particular day.  Instead, celebrate that you wrote 300 words!  Set goals, but don’t define your success or failure by meeting those quotas at the expense of everything else.  Make your goals realistic for your schedule and occasionally flexible, understanding that each day is another opportunity to hit that benchmark.

“How do you eat an elephant? One bite at a time.” – General Creighton Adams

Lastly, don’t get overwhelmed by the task you’ve set for yourself.  It never fails to amaze and thrill me when I get to write THE END at the end of a manuscript, because each one started with a single word.  It’s a feeling I absolutely love, and one every writer should experience.  So take a bite, or a step, or whatever analogy works for you, and on November 1st, start a journey that may shape the rest of your life. 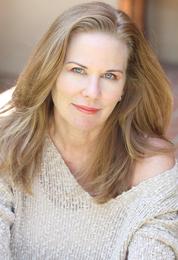 Kes Trester has been in the entertainment business her entire life.  Growing up in the company town of Los Angeles, her first job out of college was on a film set.  Determined to combine her love of reading and writing with the excitement of Hollywood, she soon became a film development executive.  She worked on a variety of independent films, from gritty dramas to hot vampire love stories (long before Twilight!) to teens-in-peril genre movies.  She can’t claim any film classics on her resume, but she did have the opportunity to work with wonderful writers who taught her everything they knew about structure, dialogue, and character development.

As a producer, Kes’s credits include the feature film True Rights and the short film Up Above the World So High, both award-winners on the festival circuit.  As head of production for ZOO Films, she supervised the budgeting and production of national television commercials and award-winning music videos for artists such as Radiohead, Coldplay, and OKGO.

Segueing into a fulltime writing career, Kes has been freelancing as a writer of directors’ treatments for commercials, producing creative content for websites, and critiquing feature film scripts.  When the reading material of her two young adults inspired her to write YA novels, it was only natural that she was drawn to high-concept, cinematic tales.