Just yesterday, I sent off the final revisions for the end notes and bibliography of my second book, the last substantive bit of editing I’ll have to do on the project. There will be a few more tweaks once the book is laid out, and lots to look over before publication, but all of the heavy lifting is done. I’ve had an enjoyable time putting the book together, largely because I’ve done it all before and now know what to expect. The process with my first book, while not unpleasant, was certainly far more odd and confusing; new things often are. Knowing the publishing process made my second book a much more laid back experience, so here are five things I learned during my first time through that might help you with your first-time publishing experience:

1) A Book is a Team Sport: Writing a book is a very solitary experience, with just you and your laptop;  maybe a pet who always bothers you just when you’re starting to get into the groove. Even once you’ve got an agent, writing is still a solo effort. It’s like boxing; you’re in the ring, fighting with your manuscript, while your agent encourages you and suggests some changes from the corner.

Publishing a book is like playing football; now that it’s written, you’re part of a much larger team, and you’re not always going to have the ball. You’ll have various editors, marketing people, publicity folks, and the design department, all of whom you’ll be involved with to different degrees. It feels a little weird at first, and takes some getting used to after being cocooned alone with your book for so long, but it’s a very good thing. Everyone on your team wants the book to succeed and are doing their best to make that happen, so you’ve just got to do your part whenever it comes up, whatever it may be.

2) Revising is the Worst, But Also the Best: By the time you send your manuscript to your publisher, you’ve probably done several drafts already and feel like you’ve got it just how you want it. And because it’s sold and your publisher has seen some sample chapters, you might think that they’re completely onboard with every thing you’ve done. But they’ll still have some edits. Probably a lot, like several rounds, that will involve some major rewriting on your part. After getting the book just how you want it, tearing it all apart and putting it back together again can be irksome.

At first, I didn’t enjoy the revising process. Seeing things I worked so hard on marked up or crossed out wasn’t a lot of fun, and I found rewriting things for the umpteenth time sort of frustrating. I quickly learned that I was being a dope, because the book was invariably better after each round of edits. We write books to communicate something to others, and the revising process is basically just others showing us where we can communicate better. Every mark on your manuscript is an opportunity to make the book the best it can be.

3) Don’t Get Overly Attached to Any Part of Your Manuscript: Things are going to change. There’s revising the text, as I just discussed, but everything else is fair game to. The titles for both of my books changed a few times, as did many of the chapter titles. With my latest book, we shuffled the order of several chapters; in one instance, we split a chapter in half, moved the first half, and then I wrote a whole new chapter to make this change work smoothly. Nothing’s ever set in stone until the book is published, so be ready to adapt. The good news is, you’ll have a say in how to make all of these changes work. While we didn’t use my first titles, the titles we did use were ones I had a lot of input on. And that split chapter that needed a new chapter to work? My decision. My editor offered me a simpler choice, but this was the best call for the book, despite the extra work. Things will change, but you’ll get to help direct those changes.

4) The Process is Slow, Then Very Fast: Your publisher is always working on a slew of different books at once, and so there can be a bit of a wait between the stages of the publishing process. On average, I’ve had at least a two month wait between each round of revisions on my books. It’s a handy break, really. Since there’s nothing left to do on this book, you can get cracking on the next one.

However, you’ll have to drop everything like a hot potato once you get the next round of revisions because invariably your publisher will want a new draft back as soon as possible. With my last book, things got busy for my publisher and I was waiting for edits for three months, after which they wanted everything back in two weeks or preferably sooner.  Thus ensued a very hectic week and a half of me working day and night to get everything done. You’ve only got the one book while they’ve got loads, so in a time crunch it’ll be up to you to pick up the slack.

5) You Might Be Responsible for Several Surprising Things: On top of writing the actual book, your job description could have some other roles in the mix. For example, my books have photo inserts, and while writing my first one I assumed that there was a person at the publisher who dealt with that sort of thing. There was not. When the book sold and I got the contract, it turned out that getting high definition photos for the insert, along with all of the various permissions, was my job. I had to hastily figure out just how to do that. With my second book, I knew it was my responsibility, and planned accordingly while putting the book together so I didn’t have to rush at the end. Even if you don’t have a photo insert, you might be responsible for something like copyright issues. The poem you want to use for an epigraph might require permission from the copyright holder. If you want to quote a song somewhere, fair use will let you use about four lines, so you’ll have to cut it there or pay someone some money. Try to learn everything you’ll be responsible for as early in the process as you can, and it will make everything a lot easier.

Each book comes with its own surprises, of course, but knowing these five things made my publishing experience so much easier with my second book. Mainly, it comes down to rolling with whatever comes up, as well as knowing that a lot of things are probably going to come up. While it can be a long, eventful process, it’s also very rewarding and nothing beats seeing your completed book. 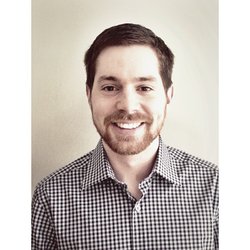 Tim Hanley is a comic book historian and the author of Wonder Woman Unbound: The Curious History of the World’s Most Famous Heroine (Chicago Review Press, 2014) and the forthcoming Investigating Lois Lane: The Turbulent History of the Daily Planet’s Ace Reporter (Chicago Review Press, 2016). His website, Straitened Circumstances, discusses Wonder Woman and women in comics, and his column “Gendercrunching” runs monthly on Bleeding Cool. He has contributed to several comic book sites, including DC Women Kicking Ass and Women Write About Comics, and has also worked with the Ladydrawers Comics Collective. He lives in Halifax, Nova Scotia, between his massive stacks of comic books.