NaNoWriMo Day #7 – Perspective and the Writer

November 7, 2016 / redsofaliterary / Comments Off on NaNoWriMo Day #7 – Perspective and the Writer

Ahhh, feel the power. Aside from a few small dictatorships and my children when they were toddlers, where else does someone have the ability to manipulate the lives of those around them? As writers, we have the opportunity to dash hopes, create dilemmas, and solve those pesky love triangles within a few hundred pages. It’s glorious.

Now that your research is done, outline spread all over the walls in a thousand tiny Post-It notes, and you’ve searched crowds for faces to use as models in your upcoming book, it’s time to settle down to the real issue: who is going to tell your story? Perspective is the framework used to connect with your reader. Do you go for the throat in a gritty first-person point of view or want to be able to give all of your characters a chance to speak up? While each have their limitations and awesome points, the goal is ultimately to have your reader immersed within the story and not wander off to binge watch Ink Master so choose wisely, my friend.

A great choice for character-driven novels, first-person singular places the reader right in the middle of the action. The reader is able to experience directly what the character is going through and it’s easy to follow along as their journey continues. Feel the heartbreak, see the sunset, taste the rainbow, hold on — that’s not right. Your reader connects immediately and this type of narration doesn’t let go. Consider the opening of We Have Always Lived in the Castle by Shirley Jackson and her unforgettable protagonist, Merricat Blackwood.

“My name is Mary Katherine Blackwood. I am eighteen years old, and I live with my sister Constance. I have often thought that with any luck at all, I could have been born a werewolf, because the two middle fingers on both my hands are the same length, but I have had to be content with what I had. I dislike washing myself, and dogs, and noise. I like my sister Constance, and Richard Plantagenet, and Amanita phalloides, the death-cup mushroom. Everyone else in our family is dead.”

I’m all in by this point. I know what I’m about to read isn’t for sissies and I’m already looking forward to her story.

Sounds great, right? Hold on, tiger. Don’t forget that there are also limitations in first-person — the reader can only see what’s going on right in front of her and that leaves out the rest of the cast with their equally important storylines. To keep the story well-rounded, we need to support those characters in some way in order to keep up with your protagonist.

A nice choice for short fiction, using “you” also brings an intimacy between writer and reader. “You have a choice between two doors. Behind one door is pie and behind the other is pile of angry bees with delusions of grandeur. Choose wisely.” While keeping the reader close in its immediacy, in the long run, this point of view can be wearing.

Utilizing the perspective of only one character but taking a step back, the reader not only identifies who the main character is through the use of “they”, “she”, or “he” but also gains a broader view of their world and how the character reacts to situations. The reader is limited, however, in that they only know what their character knows, similar to the first-person narrative. The Harry Potter saga is an excellent example of 3PL as readers are brought into Harry’s world with only a very few breaks in the action to show a different perspective.

Sound a little constricting? How comfortable are you head-hopping? You may want to try third-person omniscient to really mix up the action.

Also using the pronouns “they”, “he”, or “she,” this point of view allows the writer to let the reader fully experience all thoughts and emotions that their characters go through. They are able to drop clues, hide information from the main character, sneak around someone’s back, or do wondrous things that come into play down the road. The narrator becomes its own character in that it controls the action and moves the story forward with its choices of who gets to see what happens and when.

As freeing as this sounds, it has its complications. Large novels with complex plots or lots of characters can be hard to follow, having the reader need to go back a few chapters to see who is who (I hate that) or losing them completely. One way to combat this is to have each main character start a new chapter that shows their perspective and their way of dealing with it. Beware of head-hopping — having the perspective of each character rear its ugly head within one scene. Nobody has time for that.

Running into a wall?

You have your outline, characters, and are five chapters into your new novel. Everything was swell until you realize that your muse is on a bender and not returning anytime soon. Try switching the POV. It may just need a different perspective to make it stronger and easier to wrangle the muse.

Sometimes it’s the nature of the story that choose which point of view works best. Mystery novels do well with a third-person limited as readers are privy to information but still within the eyes of the main character’s thoughts and feelings. Others keep focus by a strict first-person narrative that controls the action. Once you’re in the groove with the right point of view, writing a novel can move from agonizing to merely frustrating. Maybe. 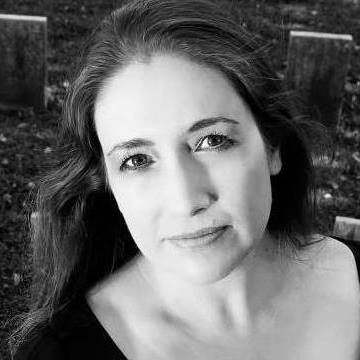 Stacey Graham is an associate agent at Red Sofa Literary, as well as the author of four books and a ragtag collection of short stories. You may currently find her scaring the pants off of readers with her latest book, Haunted Stuff: Demonic Dolls, Screaming Skulls, and Other Creepy Collectibles. She intends on returning the pants at a later date.