NaNoWriMo is upon us, and it’s time to get busy writing! One of the major sticking points in writing a new manuscript with such speed is knowing your manuscript’s Point of View. Whether you are figuring it out as you write, or you have everything pre-determined, here’s a crash course in POV to help you brush up and make your NaNoWriMo run as smoothly as a jazz riff on whiskey.

First Person POV: Common these days in YA and NA, and the occasional Adult, First Person POV puts you smack dab in your narrator’s head, body, and soul.

“I love pickles. They’re so salty and tart. Nothing makes me happier than a crisp Kosher Dill in the morning.”

Notice the use of the ‘I’ and ‘me.’ Everything from the smells, to the tastes, to the speed of the narrator’s heart, and the feel of biting down on a soggy pickle comes from the first person the reader meets, the narrator him or herself (or itself – if you want to get tricky). They become the “voice” of the manuscript. Their verbal ticks, their word choices, their memories and beliefs become the conduit for the storytelling. The second sentence, “They’re so salty and tart” becomes the character’s opinion on pickles.

While First Person is great for connecting the reader to the narrator on an emotional level, and excellent for the development and use of a unique character voice, be aware that First Person also limits you in that if your narrator isn’t in the scene, he or she will be hearing about plot devises later. This can create a “Talking Heads” scenario where one character is telling the main character what happened when they weren’t present. This can be pretty boring to read if you don’t have contrasting cadences for the speaker’s voices. It can also lead to exposition dumps – which nobody likes. But if you’ve got an emotional tale, packed full of inner turmoil and growth, First Person might be your best option.

Second Person POV: You don’t see Second Person very often. A brave writer may use it in a chapter or two just for fun, but in all my days I’ve never read a book that takes place entirely in Second Person (aside from Choose Your Own Adventures back in my preteen days). Second Person places the reader as the center of the action, making them the head, body, and soul of the story.

“You love pickles. They’re so salty and tart. Nothing makes you happier than a crisp Kosher Dill in the morning.”

Notice the use of ‘you.’ Everything from the smells, to the tastes, to the speed of your narrator’s heart, and the feel of biting down on a soggy pickle comes from the reader themselves. The voice of the story becomes the reader’s voice. The second sentence, “They’re so salty and tart,” becomes the reader’s opinion on why they love pickles.

While Second Person is unique, and a great way to draw the reader directly into the action, like First Person, Second Person POV limits the scope of the story to one person, and doesn’t take into account that the reader might personally hate pickles – with a passion – and bringing the reader into the story, with all their likes, dislikes, and preconceived notions, this might backfire if you push past what the reader can abide.

Third Person Limited POV: In my humble opinion, we’re in the middle of a Third Limited epidemic. Most of what I’m reading these days is in Third Limited. This could have something to do with what I’m reading these days, but it could also be an accurate take on POV trends – who knows? Third Person Limited places the narrator into the head, body, and soul of one character.

“She loves pickles. They’re so salty and tart. Nothing makes her happier than a crisp Kosher Dill in the morning.”

Notice the use of ‘she’ and ‘her.’ Everything from the smells, to the tastes, to the speed of the character’s heart, and the feel of biting down on a soggy pickle comes from the point of view of one character – as described by the narrator. The voice becomes that of a narrator, not a character. The second sentence, “They’re so salty and tart,” becomes the narrator’s opinion on why the character loves pickles.

While Third Person Limited gives you more freedom to create a narrator’s voice which may or may not differ from the main character, Third Person Limited, is well – limited. Once again, unless you break up the narration between several characters (by chapter or by scene), it can be easily confused with the next POV to be discussed, Third Person Omniscient. Be careful not to head hop from one character to the next, telling how every character feels – that’s not Third Limited. But, if you want to do a deep character dive and describe a person far beyond their comprehension of even themselves, Third Limited should be your POV of choice.

Third Person Omniscient: I see Omniscient less and less these days. In fact, I tried to read a book in Omniscient recently and was so put off by the head hopping mid-scene I had to put the book down. Third Omniscient places the narrator as the overlord of the world, making them the all-knowing, all-seeing descriptor of every character’s head, body, and soul.

“They love pickles because they are so salty and tart. Nothing makes them happier than a crisp Kosher Dill in the morning.”

Notice the use of ‘they’ and ‘them’ in this example. In Third Omniscient, however, you have no limits. It can be ‘she,’ ‘he,’ ‘they’ – whoever. You could describe how the ground feels about being stepped upon. There are literally no limits. Everything from the smells, to the tastes, to the speed of every character’s heart, and the feel of biting down on a soggy pickle comes from the point of view of all the characters – as described by a narrator. The voice becomes that of an unemotional observer. The second sentence, “They’re so salty and tart,” becomes the narrator’s knowledge on why the characters love pickles.

There is far more complexity and nuance to POV which cannot be described in a blog post of limited word count. There are ways to make each Point of View work to your manuscript’s benefit. Ultimately it’s up to you, the writer, to decide what works best for your story. Given the speed with which a NaNoWriMo manuscript is drafted, the first draft might be best suited if you simply pick a POV and use the second/third/fourth/etc. draft to give the words tone and density. For now, I hope this crash course on the basic differences between the Point of Views was helpful in your quest for NaNoWriMo success. Go get ‘em, tiger. 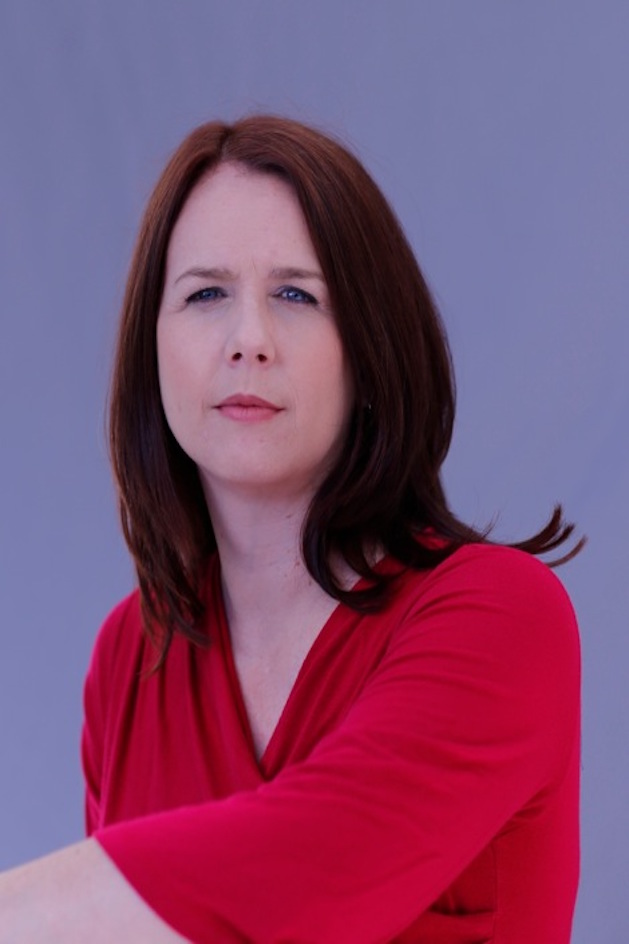 Recovering TV writer Anne Tibbets is the author of the YA Contemporary SHUT UP, and of the New Adult speculative series The Line: CARRIER and WALLED. Anne is also co-author of the first book in the military science fiction series EXTINCTION BIOME: INVASION, and author the second, EXTINCTION BIOME: DISPERSAL (2017), both as Addison Gunn.

A Contributing Editor for the International Thriller Writer’s e-magazine, The Big Thrill, Anne divides her time between writing, her family, and two furry creatures that she secretly believes are plotting her assassination. Find her on Facebook at or on Twitter @AnneTibbets.