November 20, 2016 / redsofaliterary / Comments Off on NaNoWriMo Day #20 – The financial truth of being a woman and a writer

I am not one of those writers who studied writing in college, then interned at various literary publications while toiling away at my novel, which lay unpublished in a desk drawer for decades before its completion as my MFA thesis project, just this week enjoying its Xth straight week on the best-seller lists. I am one of those writers who wrote, all the time, and studied other things (to write about), and did other things (so I could write about them), and read during every other waking moment of my day. I rarely consider the craft of my text, only participate in its performance, presuming, perhaps wrongly, that something interesting will emerge from my dedication; the aesthetics of no aesthetics.

You will note that nowhere in the above paragraph did I use the word “math.” It is safe to say that math and all related concerns, including finances, did not intervene into my writing process until quite recently.

I was raised to believe that I hated mathematics, because I was a girl, and that numbers would be difficult for me, because—something about spatial relations, I don’t know. In fact I failed math class one year in junior high and was forced into summer sessions. My tutor gave me a lecture at our first meeting.

“Anne,” he said, “you’re not bad with numbers. Your teacher just thinks boys do math better.” Then he taught me the word “misogyny,” gave me an A, and sent me on my way. Would you believe it resolved all my difficulties solving equations?

Unfortunately the lesson came too late to instill in me a lifelong love of figures and their accountancy, of theorems and finances and economic strategies. Anyway by then I was already filling a journal a month with my ongoing saga about a family of hippopotami (an expansive work of fiction), thoughts on literature I had read (Harriet the Spy was a particular favorite) and, ahem, notes on the suspicious doings of my neighbors, which were plentiful (if also exaggerated).

I wrongly believed at the time that literature was separable from mathematics, but I was also under the sway of a far more seductive falsehood. Those of us who grew up as girls with teachers who think boys do math better were also secretly raised to believe we would marry men, and that they, therefore, would swoop in and “do all that stuff.” I was in my late 30’s before I realized that my career was so fun I’d forgotten to get married.

The miracle I discovered was that my financial life had still not turned into a four-alarm garbage-fire. (I could have chosen a more lucrative career path, of course, but I’ve never been one to shy away from a challenge.) Part of my success in avoiding debtors prison is that I hate shopping, but another part is that I genuinely enjoy balancing my checkbook. Then one year I found myself canceling social engagements to stay in and do my taxes with a glass of wine. What had I become?

Around this time, my writing took a turn, too. I’d been living in a world where math was taught as if boys could do it better than girls for nearly four decades and I’m not sure how much that has changed even now. There remain, today, a lot of things that people assume boys can do better than girls—like comics, a field I’d watched closely as a critic for over a decade. It seemed to me at that time that women in comics weren’t earning as much as men, and I wanted to prove it. I started a survey, and found some data, and ran some numbers, and gathered more data, created an even bigger survey, generated some statistics … and soon I found that I was basically doing mathematics, full time. As a writer.

And all that math was adding up: according to the 2011 findings I published on Truthout based on these surveys, women were being offered fewer than 10% of the available gigs in comic-book publishing in the US, despite making up about 40% of the field. Their books received less marketing support on the whole, which likely contributed to the smaller number of reviews such work received, and all of this resulted in often negligible sales, with the final, dismal result that women in comics were earning only 27 cents for every dollar a man in comics earned. (Nonbinary people earned only 3.5 cents!)

No wonder girls don’t like math! Math shows us exactly how shitty things are for women!

My work since then has largely revolved around economics, statistics, and data-gathering, too. Like my look at the global gender wage gap in comics form, called Threadbare: Clothes, Sex & Trafficking; my journalistic investigations into the world of anti-trafficking NGOs, also for Truthout; my data-gathering comics project on censorship, soft censorship, and economic censorship for PEN America (and the international, two-year-long survey creation and implementation process that went into it).

For fun these days, I generate elaborate spreadsheets on my income and expenses, tallying earnings, debts, and hours of unpaid labor. I thrill, when the end of the year comes around, at the opportunity to turn in my income taxes (which I usually do in the early days of February). I keep two different tallies of the balance in my checking account, so I can check them against each other if I get bored. I threw myself a small party when I sent in my first property tax payment. This felt major: a true math victory, to have calculated, and navigated, the world of home-owning as a single woman in America.

In other words, I am now a person who loves doing math. Every equation I can find, with any figures I can locate or generate. Knowing how to work with numbers allows me to understand, and fit myself into, our presiding system of economic value. It’s not the only value system I hold dear, for sure: I am a writer, and all I really value is a laptop and a juicy new idea. But I have found it both helpful and deeply subversive to delve into the world of useful equations and economics, to be able to find and share statistics that offer sharp, immediate pictures of injustice and inequality. These have fueled new directions for new dreams which, in the end, is what I track, as a writer. 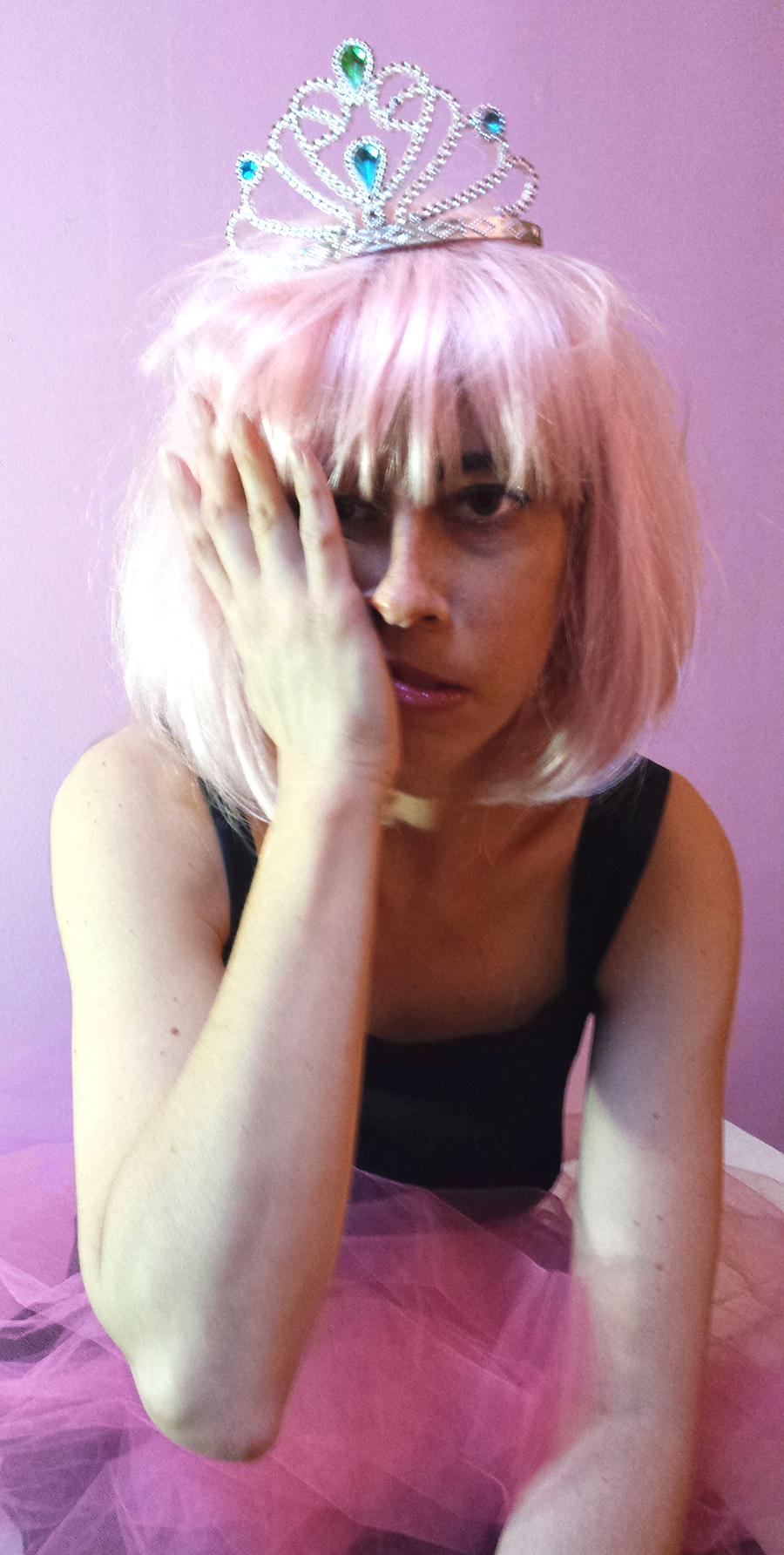 Anne Elizabeth Moore is an award-winning journalist, best-selling comics anthologist, and internationally lauded cultural critic. She has been heralded as “one of the sharpest thinkers and cultural critics bouncing around the globe today” by Razorcake, a “general phenom” by the Chicago Reader, and “a critic” by the New York Times. Moore has also been called “Fun” by FastCompany, “Rad writer” by Time Out New York-Kids, a “Notable underground author” by the Onion, “the next generation of anti-commercial artists,” by Ron English and “a perfect altruistic punk-rock super-heroine” by the folks at Hipster Book Club. (Technically they were reviewing a short story by Elizabeth Crane.)

Her book Unmarketable was named a Best Book of 2007 by Mother Jones. Cambodian Grrrl won a 2012 Lowell Thomas Award for Travel Journalism. Her essays “Reimagining the National Border Patrol Museum (and Gift Shop)” and “17 Theses on the Edge” were honorable mentions in Best American Non-Required Reading(2008 and 2010, respectively). She is the former editor of seminal, award-winning Punk Planet and the founding editor of the Best American Comics,which continues to be a New YorkTimes bestselling title. She has exhibited work in the Whitney Biennial in New York; in Leipzig, Phnom Penh, Berlin, Tbilisi, and Vienna; and in a solo exhibition at the Museum of Contemporary Art in Chicago.

Her work has been acclaimed by The New York Times Magazine, USA Today, The Rumpus,Time, Mother Jones, ThinkProgress, Bitch, Advertising Age, Forbes, Women’s E-News, the Guardian, and Entertainment Weekly. She has been featured in the New YorkTimes, Chicago Sun-Times, the Chicago Reader, Bookslut, the Indypendent, Rumpus, Time Out Chicago, the New York Times, and on the covers of New City and Verkholetti; and on Radio Australia, Voice of America, VOA Khmer, Georgian National Television, CNN, GritTV with Laura Flanders, Worldview with Jerome McDonnell, WBEZ’s848, WFMU, and WTTW.

She is a Fulbright Scholar, UN Press Fellow, and USC Annenberg/Getty Arts Journalism Fellow, and teaches Visual & Critical Studies at the School of the Art Institute of Chicago. She was born in Winner, SD. She has two cats. In 2016, she was awarded the third fellowship in Detroit’s unique Write A House program.