I can make money from short stories?

Yep! There are a few ways to do it.

But by far the most common way to earn money from short fiction is by selling stories to magazines – in which I include print, online and audio podcasts.

OK, but how much money? Could I earn a living off it?

Nope. Well, probably not. Once upon a time, people say, it was fairly common. Even now, there are whispered rumors, half-remembered tales, of writers who’ve been able to make something roughly equivalent to a minimum-wage income from magazine sales of short fiction. Anthology editors often solicit stories from writers, and some writers are sought after enough that their rates would be different from yours and mine. Patreon has definitely changed the game – for a few writers. For the rest of us … well, just do the math.

I’d rather leave that to you, given that I’m a disembodied rhetorical construct without access to a calculator.

Fine. A “short story”, according to most industry definitions, comes in at anything under 7,500 words. A typical story would run about 5,000 words.

The Science Fiction and Fantasy Writers of America (SFWA) says a “professional” rate for short fiction is 6 cents a word. (All currency in this post is in US dollars.)

So a typical story, sold at pro rates, will earn you $300. Not bad! But here’s the rub: only the most talented and prolific writers get one pro sale per month (for most active short fiction writers, a few pro sales in a year is more common). So even the far-from-princely steady income of $300 USD a month from original short fiction sales would be the mark of an extraordinary short-fiction career. Even if you do what Ray Bradbury suggested and write a story a week, well before you write your 52nd story, you’ll likely run out of markets that (a) pay pro rates (b) are open to submissions (c) publish the sort of thing you write (d) like the particular stories you’ve offered them well enough to publish them and (e) haven’t already published you within the last few months.

OK, but what about magazines that don’t pay pro rates?

The good news is there are plenty of these. The bad news is that it takes a little more work to figure out which ones are the good ones, because you can’t use pay rate as a rough proxy for quality. That’s not to say that there aren’t very good semi-pro mags out there, though.

I do submit my stories to magazines that pay token or semi-pro rates if I like the magazines for other reasons (this can include great editing, wide readership, great art, an aesthetic mission I enjoy, fast response times, reliable and businesslike operations). But I don’t submit to magazines that don’t pay at all. For most stories, I start with the pro mags. You can find markets for short fiction by searching at Duotrope (where many services require a paid subscription) or The Submission Grinder (free!). Those websites can also help you understand the short fiction market, as I wrote about for the SFWA blog.

Below the pro level, rates from original fiction range from token (usually a flat fee of $5, $10 or $25) to semi-pro (anywhere from 1 cent per work to 5 cents per word.) You’d have to sell a lot of short fiction at $25 a pop to pay rent.

Well, this is all very gloomy.

But wait! So far, we’ve been talking about original short stories. There is, in fact, One Weird Trick you can use to increase your short-fiction income: Sell the same stories, over and over.

People will pay for a story that’s already been published?

Yes, they will! Most of the time, reprint rates are lower than original rates. With original rates, the publisher is buying the right to be the first to print the story. Any good short story contract (read yours!) will put a time limit on that exclusivity: anything under a year is standard. Some publishers don’t put any time limit at all: so long as they’re first out of the gate, you can submit that story as a reprint the moment it’s published.

Even though reprints tend to pay less, you can get paid multiple times without doing any extra writing. So imagine you sold a short story to a print anthology for $300 in January. Then you sell it as an online reprint for $50 in July. Then again to an audio podcast for $100 in December. It adds up. And as you get a bigger bibliography of stories (although we all stop submitting the ones we no longer like), you have more stock to sell.

And sometimes, at higher-paying reprint markets, you’ll get paid more for the reprint than you did for the original sale. I recently sold a reprint for 11 times the amount I made for the story the first time.

If you’re interested in learning more about selling reprints, you should read what Deborah Walker has written on the topic.

So what’s your advice if I want to make short fiction a significant income stream?

Write a lot: A NaNoWriMo’s worth of short stories would be about 10 stories, which could make you roughly $3,000 if you sell those stories at pro rates over the course of a year, and that’s just counting originals. Not a fortune, but nothing to sneeze at. It isn’t easy to sell a story for pro rates – the competition is fierce – but the other benefit of writing a lot of stories is that you’ll get better.

And submit a lot: Most writers find that their acceptance rate goes up when they get more stories out circulating. It’s a numbers game, to some extent: once you’ve got that story as good as it possibly can be, you’re just looking for the right editor at the right time. Many writers have sold a story for pro rates after collecting a dozen or more rejections on that story. Make a list of the best potential markets for every story and start at the top. And don’t forget to keep your reprints circulating too. 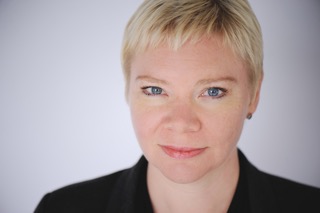 Kate Heartfield is a journalist and fiction writer. She is the author of The Course of True Love, one of five novellas in the collection Monstrous Little Voices: New Tales from Shakespeare’s Fantasy World, published by Abaddon Books in 2016. Her speculative stories have appeared in several anthologies, including the steampunk anthology Clockwork Canada (2016), and in magazines including Strange Horizons, On Spec and Lackington’s.

From 2004-2015, Kate was a member of the editorial board of the Ottawa Citizen, where she was editorial pages editor from 2013-2015 before leaving the world of daily newspapers. She now divides her time between fiction and freelance editing and non-fiction. She is a former board member of the Ottawa International Writers Festival, and a mentor/editor for The OpEd Project and Informed Opinions. She lives in rural Ottawa.