NaNoWriMo Day #13 – You Can’t Care About Rejection. You Really Can’t

November 13, 2017 / redsofaliterary / Comments Off on NaNoWriMo Day #13 – You Can’t Care About Rejection. You Really Can’t

Raise your hand if any of these were you as a kid: you distracted your friends from class to take turns writing a story for your collective amusement. You wrote fan fiction so that you could make your favorite characters of your favorite show FINALLY kiss. You usually dictated the topic of Pretend Play in your friend group. English was your favorite subject in school. You have skipped class to go to the library. You kept several journals. You found your dreams important enough to write down. You were on the school’s newspaper, or you started your own little underground circulation until you got called into the principal’s office. You struggled to tell the difference between reality, imagination, and your dreams. You got out of trouble because the whoppers you told adults made it hard for them to keep a stern face.

Is your hand up? Good. You’re in the right place. Now listen up very carefully:

That’s not normal behavior, folks. That’s writer behavior. You were born a writer. You were always a writer. You have no choice but to write. This will remain true for the rest of your life, whether you do something with that or not.

Here is a collection of things that can’t stop you from being who you are: a rejection from your friend, your writer’s group, that agent you had your eye on, that publishing house that published your MOST FAVORITE BOOK EVER, or literally anything else.

This is why you can’t care about rejection. You just can’t.

Maybe it isn’t personal, maybe it’s them and not you.

But maybe it totally is you. Maybe your novel, in its current form, sucks.

It doesn’t matter. What people think of your novel is none of your business. You aren’t writing it for them. You are writing because people who write—writers—process through writing. We get out those traumas, we revisit those beautiful moments of bliss. We go back and say the comebacks we wish we had said but couldn’t think of quickly enough. We would write no matter what. We write because it feels so good to have written.

And I guess when you write that much, you start to hope that others will want to read it.

I want that so badly, for someone to read the thoughts that I’ve refined and spent years cultivating, and for those thoughts to click something important into place for them. I have these moments when I teach, and they are why I persist as an educator. So I do understand the drive for recognition. Of course you want it—you are a writer and without readers, who are you, even? It’s a threat to your very identity. OUCH.

I’m asking you, writer who is reading this, to trust that the readers will come. They will read your words, one day. Maybe not the words you are writing right now, but some of your words. Believe that. Believe it more than you have ever believed anything else. Someone with something to say will find someone who wants to hear it. It’s inevitable.

It just takes a while. And a whole lot of rejection.

Which, in case you weren’t paying attention before, I have expressly forbidden you to care about. 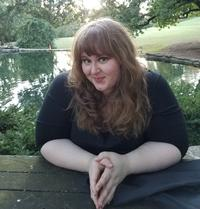 Angela Sutton is a Postdoctoral Fellow in Digital Humanities & Lecturer in History at Vanderbilt University, where she has taught a variety of history courses including Seapower in History, The Golden Age of Piracy, and Comparative Piracy. She received her Ph.D. in Atlantic History in 2014, and in her doctoral dissertation, she grappled with the themes of smuggling and piracy in West Africa and the Caribbean. Having studied 17th-century Dutch language and paleography with the Dutch governing body of language (Nederlandse Taalunie) at Columbia University. In 2010, she received a Fulbright research grant to the Netherlands to do research in the Dutch National Archives and Royal Library in The Hague.  Before doing her Ph.D., Angela worked as a research assistant for The Tall Ship at Riverside museum in Glasgow, Scotland. She also enjoys consulting, and acted as historic consultant for an independent film about John Paul Jones.