You never really know what to expect after publishing your first book. In addition to the cover reveal followed shortly by your first review, there are times when even the most banal aspects of a book release can be new and exciting. But then arrives the moments you weren’t ready to face – the questions no one warned you were coming.

From friends and family members to nearly complete strangers, the word does not discriminate based on your relation or level of closeness with the person you’re conversing with. It’s always mentioned, in one way or another.

“How are your sales?”

The first time someone posed the “S” word to me, I thought it was a fluke. Just a peculiar exchange, with someone who felt a little too comfortable asking a rather personal question. So, I brushed it off as a one-time thing.

However, I soon noticed that anytime I interacted with close friends to mere acquaintances, upon mention of my book, the question would eventually surface. In fact, the “S” word was so ubiquitously used that I began to expect it.

In a society that would shudder at the thought of a stranger asking your salary when you mention where you work, or inquiring into how much your house cost upon learning where you live, how did asking about book sales become so oddly acceptable?

I don’t have an answer for that. But I do know that in my experience, people were more likely to ask about sales than they were about the writing process or even what the book was about. And when it comes to the more logistical elements of writing, that is something most writers would be happy to share.

Writers are weird self-serving and introverted creatures. But the time put into their books is real and something they will never get back, even in the way of monetary gains. Actually, if you would break down the hours spent on research, writing, editing, and re-editing, for even an average sized work of fiction, a writer would probably need to sell a million copies to make their hourly wage not look so abysmal. (There’s a reason most successful and well-known authors teach on the side.)

The lack of money in writing isn’t a new topic, and it’s something that’s talked about ad nauseam in the writing community. Yet many people outside of the writing realm seem only familiar with the JK Rowlings and Stephen Kings of the world. And therefore, they sometimes erroneously equate ostensible success with great profit.

A favorite example comes from writer, Patrick Wensink, whose book “Broken Piano for President” shot up to the top of the Amazon bestsellers when he received a cease-and-desist from Jack Daniel’s. As a result, family members assumed he had become an overnight millionaire. But that was far from the case. Wensink’s penned an article about on the experience on Salon.

Whenever an acquaintance of mine published a book, I’d habitually purchase the book and then would rate it on Goodreads, knowing the importance of those gestures. But in my experience, it’s clear that not everyone has that instinct.

So, if someone you know is ever insane enough to write and publish a book, do them a favor. Buy the book. Review the book. And then please, I beg you, stop asking about sales. 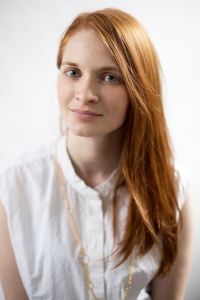 Sonia Halbach was born in Minnesota, raised in North Dakota, and attended college in South Dakota. So naturally, a week after graduating from Augustana College, she hightailed it east to try New York City on for size. And it turned out to be pretty big. But with a passion for history, Halbach soon became infatuated with New York City’s rich collection of stories.

When Halbach’s not trying new flavors of bubble tea, civilizing her cats, or conjuring up schemes to get locked inside The Morgan Library & Museum for a night, she can be found researching forgotten stories on the island of many hills, which inspired her to write The Krampus Chronicles.