When I was asked to write a piece on ‘Mistakes I’ve Learned From’ for NaNoWriMo month my gut reaction was it would be easy. So many mistakes! So much material to choose from!

But when I got down to it I realized the past tense ‘Learned From’ narrowed the field somewhat to:

1.  Don’t drink tequila (not writing related)
2.  Double check your document before you hit send (I once had a novel rejected with the comment that the ending was too post-modern before I realized I’d only sent half the manuscript)

Instead I thought I’d talk about the one mistake above all that I keep making, that I need to remind myself not to.

I joined four years ago.
Final word count: zero.
I wrote absolutely nothing for one unhappy month.

Oh, I wanted the achievement badges, I wanted the merch, I wanted to see the columns of my word count climb. But by the time I’d checked out the events, read the latest pep talks and got lost in the forums my writing time would be up. And that 50,000 word goal – I just froze.

Though I wanted to be part of a movement that ‘believes in the transformational power of creativity’ – I figured NaNoWriMo just wasn’t the right format for me.

The format for me was to write something until I thought I was close to done, then take it to my writing group who’d inevitably tell me it wasn’t as close to done, and then I’d go write it some more. It worked really well.

We gave each other feedback, talked about books and films and ate great food at each other’s houses. Over time they picked up residencies, prizes and awards, landed teaching positions, had novels and collections of stories and poetry published. I felt so lucky to be workshopping with these amazing writers.

Then at some point I started to feel intimidated. I came along and gave feedback, but I stopped bringing my writing in, and then I stopped writing. I froze. I was miserable.

When it was long past my turn, and they insisted I bring something along, they were as encouraging and considered and critical as they’d ever been. I felt like I’d betrayed them by expecting anything less.

Website distraction, word count, self confidence crisis, whatever the reason – the mistake was, my mistake has always been, to stop writing. I hope I never make it again, because it never helps.

Maybe I’m ready to give NaNoWriMo another try … maybe with tequila. 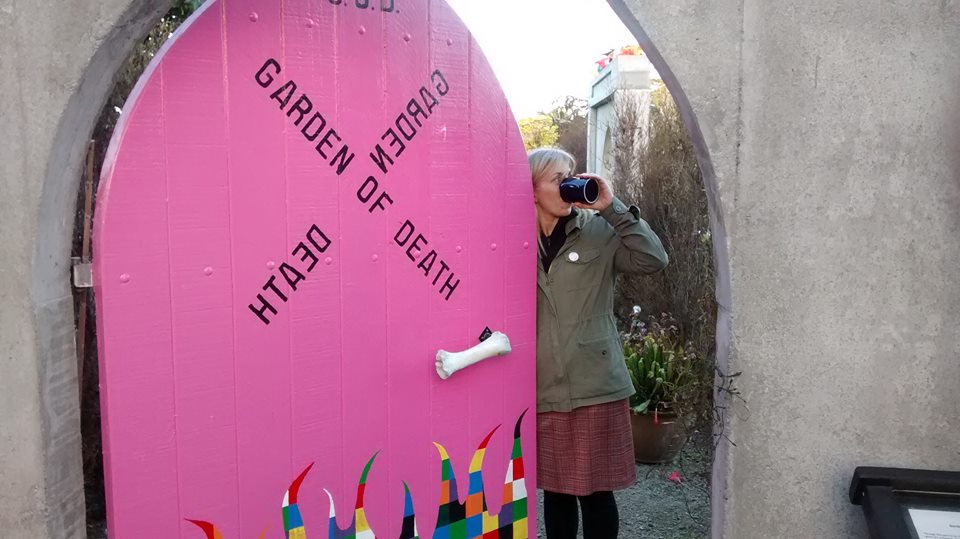 Sarah Bainbridge lives and writes in Paekakariki, New Zealand. She has an MA in Creative Writing (Distinction) from the International Institute of Modern Letters, Victoria University and was the Pacific Regional Winner of the Commonwealth Short Story Prize in 2011. Bainbridge has been a finalist for many New Zealand competitions, including the Landfall Essay Competition, BNZ Literary Award, and the Bill Manhire Science Writing Competition. Her work has appeared in Tell You What: Great New Zealand Non-Fiction, (Auckland University Press), and Shortz – Kapiti writing for children, as well as NZ literary journals, including Landfall, JAAM, Starch, and Hue & Cry. Online her writing is found on such sites as Up Country and Penduline Press, where she has been a featured artist.