NaNoWriMo Day #28 – Writing the best books one can

November 28, 2017 / redsofaliterary / Comments Off on NaNoWriMo Day #28 – Writing the best books one can

Let’s talk about the eventual heat-death of the universe, and the extinction of all life. All the works of humanity, or any other sentient species, long gone. As if we’d never existed at all. Cold, dead silence.

There’s a way of looking at the world that says: this is what is coming, nothing can stop it. Bertrand Russell tells us: “… all the noonday brightness of human genius, are destined to extinction in the vast death of the solar system, and that the whole temple of Man’s achievement must inevitably be buried beneath the debris of a universe in ruins— all these things, if not quite beyond dispute, are yet so nearly certain, that no philosophy which rejects them can hope to stand. Only within the scaffolding of these truths, only on the firm foundation of unyielding despair, can the soul’s habitation henceforth be safely built.”

Some may call it a grim philosophy, but I tend to agree with Bertrand. To summarize this line of thought, it’s simply this: some things are out of our control, so best just accept them for what they are and concentrate one what you can control, and try to imbue those things with meaning and joy.

Which brings me to publishing.

If there is ever a human experience that requires a philosophical mindset, it’s traversing the path of a writer’s career. I’ll be honest that, so far, I’ve been extraordinarily lucky: getting published happened pretty quickly for me (as such things are measured), even given the ignorant mistakes I made along the way, from writing a manuscript to finding an agent to selling a couple of books. Aside from the relative rapidity of all that, the process itself was pretty much the same as my peers, so I won’t dwell on the particulars.

What I’ll talk about is this: I think that a lot of people, myself included, labor (or labored) under the misconception that once you get a book in print, it’s all going to be gravy from then on. Smooth sailin’, look at me, ma. Maybe, for some people, it is. I don’t know any of those people.

Here’s the deal: as a writer, you have very little under your control. You have the manuscript you’ve written, and your dedication to getting it out in the world. That’s largely it. The rest is pretty much out of your hands. There’s the market, which changes from time to time; there are the vagaries of particular publishers and editors; there are industry people and corporations moving around or going bankrupt; there are natural disasters, and political ones; there’s the typesetter who puts egregious typos in your book after it’s already been proofed by several people; and on, and on and on.

My publishing experience then, like that of most writers, I presume, has been a learning exercise about what to care about, what to fret about, and what to just let go, like worry about the eventual heat death of the universe. What I care and fret about: writing the best fiction I can. That’s mostly it, aside from caring about trying to support my friends and fellow authors, and caring about the kinds of things that we actually have a modicum of control over, like doing blog posts, and going to conferences, and talking to bookstores and libraries and all those little things that can help a career. But, first and foremost, I just try to care that I’m writing the best books I can.

Here are some things I’ve learned to NOT fret and care about: reviews; sales numbers; typos in books; the state of the market for XYZ; book arguments on Twitter; and about a million other things. At best, I can exert only the tiniest modicum of control over these things, so it’s not worthwhile to expend mental and emotional energy that could otherwise go into writing.

There are going to be good days, and there are going to be bad days, each complete with their own emotional highs and lows. It just goes with the nature of the business. I like writing, and I want to keep doing it for as long as I can; if I spent time fretting about the things I can do nothing about, I’d burn out like the universe is going to do someday. I’m a pretty cheerful individual, really, and I have a lot of energy to put into my writing because, to paraphrase old Bertrand: “… only on the firm foundation of unyielding despair, can the soul’s habitation a writing career henceforth be safely built.” 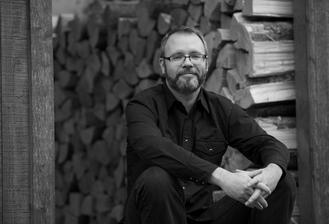 Eric Scott Fischl writes novels of speculative historical fiction and the supernatural. He is the author of Dr. Potter’s Medicine Show (Angry Robot, 2017) and it’s sequel, The Trials of Solomon Parker (Angry Robot, November 2017). Eric lives in Montana’s Bitterroot mountains and writes his author bios in the third person.