Thursday, March 19, 2015 is among the greatest days of my life. It was my first time in Palm Springs. My boyfriend and I, blossoming Francophiles, had met a Parisian couple the night before — two guys who loved California as much as we were sure we’d love France, should we ever be able to go. During a happy hour, they’d offered to drive us to Joshua Tree National Park in the morning, where we would spend our time hiking, picnicking, and, to their surprise, practicing our rudimentary French. In the golden hours, we took several photos, selfies, and panoramas at one of the park’s highest points, and finally made our way back to the car as the sun began to set. The moment we left the park and pulled onto I-10, my phone, reintroduced to cell service, fluoresced with notifications. It was my agent, who for hours had tried to get in touch to let me know that Graywolf Press had made an offer on my novel.

Until then, the Parisians hadn’t even known I was a writer. On the way back to our resort, we bought ribeye steaks, a salad, a baguette, roquefort, champagne, zinfandel, and Sauternes. I could not stop smiling. That the novel I’d started in the fall of 2008 was now, in the spring of 2015, finally taking that decisive step from manuscript to book: what was perfectly logical seemed defiantly miraculous. C’est impossible à croire, I said, well after midnight and close to tears. The more I drank, the more my French improved.

In those days, I’d published one full length short story, a handful of literary essays, and some book reviews. I felt alone and frustrated. I felt as though no one wanted to take a chance on my fiction or my more ambitious essays, and I wondered, nearly every day, if the work I was doing would become the writing I wanted it to be, or if instead I was pursuing a life that would lead me absolutely nowhere.

I should be clear: in no way am I disappointed. It’s still unreal to me that one of my two dream publishers would offer to buy my first novel (the other sent a beautiful and encouraging rejection). I still stare in disbelief at my advanced copy with the Graywolf colophon on its spine and my name on the cover. It’s absolutely startling — even a bit terrifying — to be believed in so strongly, but at no point have I ever wished to be anywhere else.

The passing of time is something I don’t think human beings will ever understand. This seems to me why artists so often preoccupy themselves with the human experience of time, which we call memory. With memory, we can leap years backward in an instant and think, “It wasn’t really so far away at all.” Yet one can’t leap forward in the same way; there is no way to gaze years into the future and believe that moment to be in any way close. The past is right here with us, lived in the present, but the future is never within reach. One of the many unhappinesses borne out of this is an irreconcilability of images. One is never the person one wishes to be. One is never the writer one hopes to become.

Yes, I’m incredibly proud to be a Graywolf author, but one thing I did not anticipate was how this would affect my relationship with rejection. Suddenly, editors passing on my short work — particularly with “Dear Writer” e-mails — felt psychological disruptive. Despite the novel, I didn’t feel like a novelist at all. What was a “big break” if I still couldn’t break through a slush pile? Yet I could no longer share my feelings with my peers. In a strange, unintentional invalidation of my frustration, they insisted that I didn’t have to worry, that I had a novel coming out with Graywolf, that nothing else mattered. With each new rejection, I felt like I’d lost the right to feel rejected.

At the same time, it felt as though rejection had suddenly revealed itself as insurmountable. This part, it turns out, is true. But despite all the warnings against this precise phenomenon that authors have been publishing for decades, I’d misunderstood it.

In Ted Solotaroff’s 1985 essay, “Writing in the Cold,” he reminds us of “the decisive factor” in career longevity, no matter how talented a writer may be: “For the gifted writer, durability seems to be directly connected to how one deals with uncertainty, rejection, and disappointment, from within as well as from without, and how effectively one incorporates them into the creative process itself, particularly in the prolonged first stage of a career.” Like reading itself — a coming together of a text and a reader at a specific point in her life — rejection, too, is a dyadic relationship entirely dependent upon time and circumstance. Confusing the rejection of one’s work with the rejection of oneself, Solotaroff says, can lead to “the dead-end of narcissistic despair known as writer’s block in which vanity and guilt have so persecuted craft and imagination and so deprived them of their allies — heart, curiosity, will — that they have gone into exile and into the sanctuary of silence.” In actuality, the ongoing impersonal rejection of one’s work after personal success should reveal that it really is about the work and not the writer at all: Congrats on the novel but this story isn’t for us, thx.

I’m proud of my novel. Proud of who’s publishing it, of course, but also proud of the story I created and the way I put it together. I’m proud too of my second novel, which no one has yet seen. I’m proud of the stories and essays I keep sending out, which only editors and their interns — as well as one or two of my trusted first readers — have seen. But none of it is perfect; none of it is beyond rejection. There’s always somewhere new to go, someplace higher to reach, and this, above all else, is what gives me my greatest joy as a writer, particularly as a novelist. Why is this the hardest thing to remember? Why is it so easy to believe in the immediate future of publication when, trapped as we are in the present, the only thing we can really inhabit and control and relish is the writing itself? Rejection — the writer’s greatest ally — is the suspension of that illusion. It kills the fantasy of having arrived in the future when the future, by definition, never arrives. It reminds us that our best and most rewarding work forever remains unpublished, unwritten, and unmarred by our own limitations. 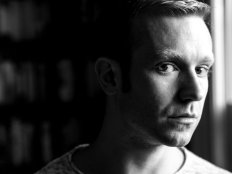 Patrick Nathan’s first novel, Some Hell, is forthcoming from Graywolf Press in early 2018. His short fiction has appeared in Boulevard Magazine, Words in Light, dislocate, Revolver, and elsewhere. His essays, interviews, and book reviews have been published in the Los Angeles Review of Books, the Rumpus, 3:AM Magazine, Music & Literature, Full Stop, and Bookslut. He lives in Minneapolis.