People are rarely surprised when they learn that I’m a high school teacher who writes YA. But here’s the thing: maybe I wouldn’t write YA if I wasn’t a teacher.

But I wouldn’t be a teacher if I didn’t write YA.

I came to teaching in my late twenties, after spending more than six years in career-track private sector jobs where managing stress was just part of my day. Dealing with travellers whose vacations were going sideways. Doctors who needed supplies yesterday. Patients at their wits end who just wanted to live without pain. I got very good at filtering through possible problem-solving scenarios and, well, solving the problem.

So when I left the private sector to become a high school teacher, I thought I knew what I was in for as far as stress goes. That I had a handle on it.

That I surely wouldn’t be part of the 50% of new teachers who burn out within the first five years.

The first year even looked like it would be true. I skated through, tackling new subject areas, and even opting to teach summer school. Then my second year hit, and I was placed at a new school, with yet more new courses. Four new courses, specifically. All in one semester.

Now, for those of you who don’t routinely hang out with teachers, let me tell you this: The Simpsons lied. Remember that episode where the teachers’ guides went missing and none of the teachers knew what to do? It isn’t like that in real life. There are no guides. There are textbooks in some cases, sure, and they have teachers’ guides, but teacher can’t follow the plans in those books unless they have angels for students, and three hours a day of their undivided attention. Which I didn’t.

So, I had four new courses to plan. To figure out what content I was going to teach. How I was going to teach it. Assess it. Four new courses for which I needed to create, or source and revise, quizzes, tests, projects, and – in the case of the English course – every activity we did every day. Then I needed to mark each task for each of the 30 students I had in each block, and start all over again.

English 8. French 8. French 9. French 10. They consumed my days. My nights. My weekends. I missed friends’ birthdays. My husband’s band’s shows. I stopped following my favourite TV series, and would only watch the Harry Potter movies – familiarities that brought comfort instead of asking for more of my brain power. More of my understanding.

I was home alone on a Sunday afternoon, while my husband was out socializing, when I realized most of me was gone. I wasn’t Ashley anymore. I wasn’t the woman who had a sarcastic quip always at the ready, who friends could count on at any hour of the day, and who did things just for the sake of saying she had. I was a teacher. I planned lessons. I taught them. I marked them. That’s all I had become.

And I resented every one of my 120 students for it.

That afternoon, six years ago, I was on the verge of quitting. I was throwing so much of myself into my job, that I had nothing left for me. And, worse, I couldn’t justify why I was doing it. Not when every student’s name on the right-hand corner of the page was a reminder that without them, I’d still be me.

I stopped working that afternoon. I couldn’t do it anymore – not when I couldn’t remember why I’d started in the first place. When I couldn’t remember that I’d liked working with teens so much that I’d volunteered with at-risk teens. That I’d coached. Been a Big Sister and tutored at no charge. I was spending my days working with teens – which had been the whole point of becoming a teacher – but who they were and what they could do was getting lost under content, and conjugations, and the counterintuitive idea that the best thing I could do for them was to throw my entire being into this job.

So, I got in the car, and I drove to an office supply store. I needed to leave the world I was in behind, and go somewhere new. Somewhere I wanted to be. Somewhere that would re-energize me and remind me why my instinct was to give every atom of myself to my students.

I hid my teaching work and plastered my office with chart paper. Vertical pieces for character descriptions. Horizontal for plot and timeline. I took out my markers and decorated those sheets with thoughts that reminded me why I wanted to be a teacher. I created teens as complex as the ones I knew. Dreamed of the things they could accomplish. Gave them the experience and skills to battle the self-doubt and ageism standing in their way.

I crossed back and forth, filling in details, building my characters’ backstories. Fleshing out their goals and fears, making them as real as the people I saw every day. And in doing so, reminded myself that the students I spend my days with weren’t just brains to fill, and tasks to mark. That teens are capable, floundering, full-throttle people who have so much more going on than what I teach them that day, or how fast I get their assignments marked.

And that I need more than that in my life than that, too. That I can’t be good for them if I’m not first good to myself.

It’s writing YA that brought me back to myself – that allowed me to step back from my job and look at teens through a new lens. To keep how messily perfect they are in view, and to remind myself, every time I sit down at my keyboard, how my life is better for knowing them.

So, yes. I write YA because I’m a teacher.

But I’m still a teacher because I write YA. 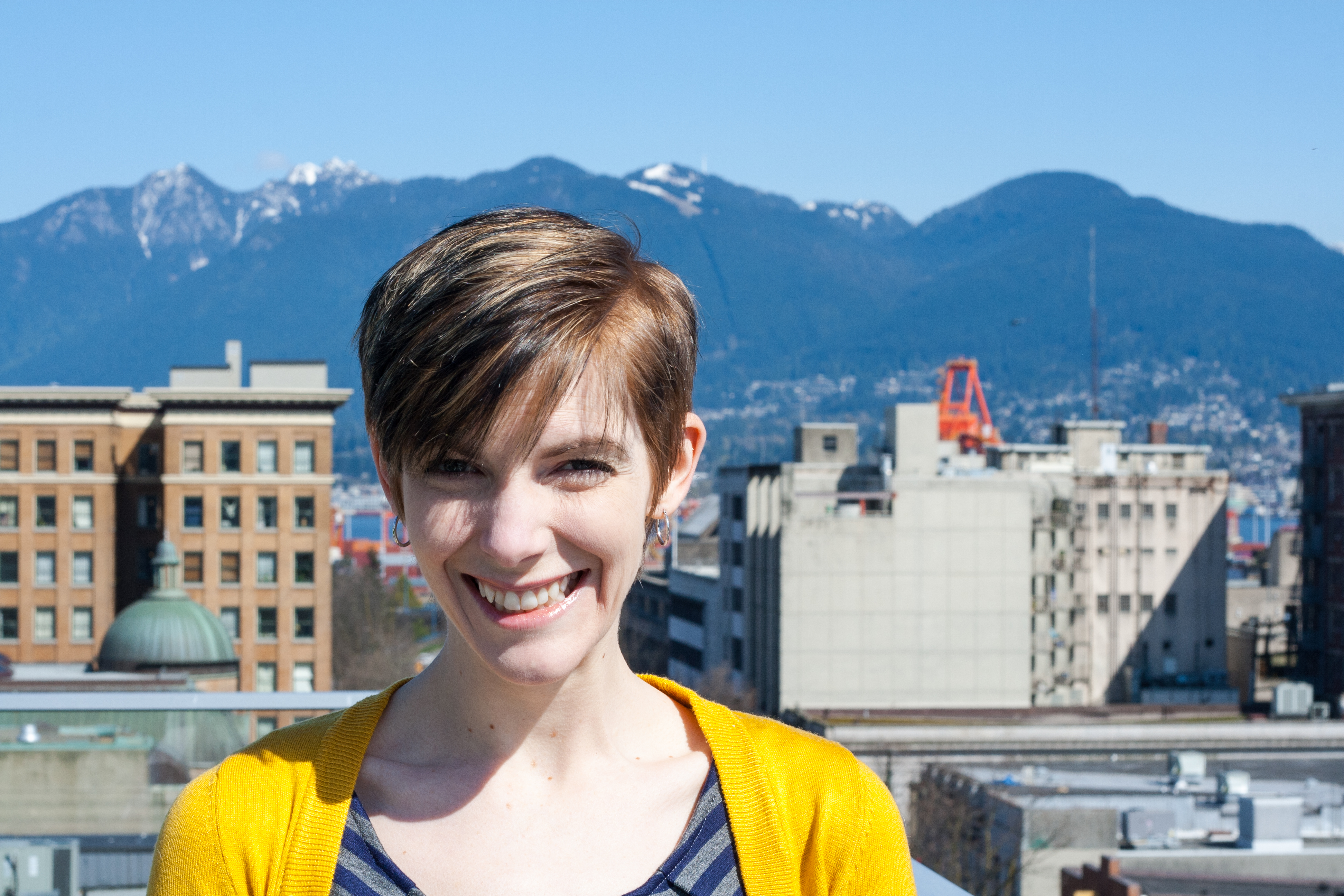 Ashley D. MacKenzie was born and raised in Surrey, British Columbia, Canada. Following high school, she drove her 1971 VW bus to the University of British Columbia – which was confusing to many since it was 2001.

After studying English Literature and French, Ashley clutched her newly printed B.A. and got to work as a travel agent – because the two were clearly related. Ashley D. MacKenzie’s love of itinerary planning (and hatred of asking people for money) led to her taking on the role of copywriter, where she spent her days extolling the wonders of the world while never leaving her desk; definitely a little known form of torture.

Working in travel wasn’t for her.

So she went to work in orthopedics. Because reading classic literature had clearly prepared her for the world of joints and feet. She may as well have laminated her degree and used it as a placemat; at least she’d be getting some use out of it then.

Fearing that her brain was starting to atrophy, and feeling as though she risked having brain goo leak out of her ears at any moment, Ashley returned to university and earned her B.Ed. in secondary education. Stifled for so many years in corporate cubicals, Ashley is giving her creativity free reign in the classroom, in her writing, and in life.

She’s writing stories in words and in adventures. And she likes company.