November 11, 2018 / redsofaliterary / Comments Off on NaNoWriMo Day #11 – Writing is like breathing

So, this is going to sound really pretentious, but I’m going to say it anyway because it’s absolutely, 100% true.

To me, writing is like breathing. I have to breathe. I have to write.

Ok, I hear you groaning. Believe me, I get it, honestly. But for as long as I can remember I’ve always wanted to write. All the way to 1984, when I was 7-years old, sitting in Mrs. Freeborn’s class, I wanted to write. And I did, every week, when our class got to do creative writing. My stories were about my friends, and about the science fiction television show, V. In fact, I wrote so many stories about the show that I was eventually asked to mix it up a bit. As in, stop writing so many V stories.

I’ve never stopped writing since then. I wrote my own wrestling magazines when I was 10 years old, getting my mom to draw pictures of superstars, and then I’d sell them to friends and family. You can imagine my thrill when I got my first real, paid writing job as a freelancer for the World Wrestling Federation’s official magazine at the dawn of the 2000s.

I write because I like to entertain people. I like to tell stories, mainly pop culture ones with a historical bent. Between 2001-2007, I wrote a radio documentary series called The Legends of Classic Rock that was syndicated across Canada. The host, a fellow named Jeff Woods, was also my mentor, and he helped me hone my abilities so that I could tell stories but never overstay my welcome. Writing tight was important for radio airtime, and it’s a mentality that I carry with me to this day. Don’t waste your reader’s time. Make every word count. Leave them wanting more (hopefully).

My niche has become pop culture, and it’s one that I absolutely adore. My first book, on the TV series Twin Peaks, and my second, on Stephen King’s The Stand, I consider the best means of saying thank you to the artists that have inspired me, helping make me the person I am today. I bonded with my mother over the first two seasons of Twin Peaks, and I owe David Lynch and Mark Frost thanks for that. That’s what Wrapped In Plastic is, in many ways. A tip of the hat, and hopefully and fun way of looking at the world they created. Meanwhile, my dad introduced me to the work of Stephen King when I was far too young, but King’s impact on my life is immeasurable. This Dark Chest of Wonders is my love letter to him.

I love writing, stringing words together. I’m lucky that I spend the majority of work time with them, as Interactive Content Editor at SiriusXM Canada, and as the Publisher/Editor in Chief of Biff Bam Pop! It’s a privilege that I’m thankful for every day. 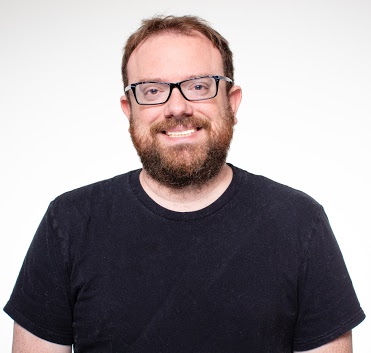 Andy Burns is the author of This Dark Chest of Wonders: 40 Years of Stephen King’s The Stand (Cemetery Dance, 2018). His first book, Wrapped In Plastic: Twin Peaks (ECW Press) topped multiple Amazon charts upon its relea

se in January 2015. He is a founder and publisher of the pop culture website Biff Bam Pop!, which celebrated its tenth anniversary in 2018. A former staff writer for Rue Morgue, Andy wrote cover stories on Twin Peaks, American Psycho, and Swamp Thing. Currently, he is the Interactive Content Editor for SiriusXM Canada.

Andy lives in Toronto with his daughter, Anya, and their cats, Riff-Raff and Stampy.