November 7, 2019 / redsofaliterary / Comments Off on Day #7 NaNoWriMo – THE VORRH TRILOGY by Brian Catling

The imaginary city of Essenwald is situated on the outskirts of a vast time-altering and possibly sentient African forest called “The Vorrh”, which legend has it has grown up around the garden of Eden. B Catling’s “The Vorrh Trilogy” centres around themes of post-colonialism, human-consumption and religion. An exceptional and engrossing work blending exotic surrealist fantasy with reality by re-purposing the life stories of famous historical figures, such as a Edward Muybridge, into a world of cyclops raised by robots, fallen-angels, and spiritualism. A dark, complex and often gruesomely disturbing mystery abounds. Where the first book, The Vorrh, takes place largely in Essenwald itself, the second and third books, The Erstwhile and The Cloven open the story up into Britain, Germany and America on the brink of war, but simultaneously jump around in time. It’s hard to summarize but gripping to read.

From a first read I got the impression that the work is focused on making comparisons to reality, both present and historical. For example the population of Essenwald feed on the Vorrh, but in turn the Vorrh feeds on them – it is well known and documented throughout the trilogy that the longer a human spends inside the Vorrh, the more he loses something of himself and eventually a kind of insanity falls over him. Comparisons are also drawn clearly between the largely European population of Essenwald’s religious beliefs and that of the African populations (it is not stated exactly where Essenwald lies in the continent of Africa itself, as far as I remember).

Brian Catling RA (born 1948 in London) is an English sculptor, poet, novelist, film maker and performance artist. He holds the post of Professor of Fine Art at The Ruskin School of Drawing and Fine Art, Oxford and is a fellow of Linacre College. As far as I know The Vorrh was Catling’s first novel.

Interestingly the Vorrh takes its name from French surrealist Raymond Roussel’s masterwork Impressions of Africa which also featured a forest of the same name (Roussel also appears as a character within the Vorrh trilogy). Throughout Catling’s trilogy it is clear that meticulous research and referencing has been used. I find this always makes a book or series of books worth revisiting again and again, becoming a central catalyst for investigating surrounding source material and relating literature. I feel it is a work in which you will always find something new. The genius of the work is in how it ties many characters, time-frames and beliefs together in different ways, encouraging you to open your imagination to its fullest capacity and really lose yourself. Certainly destined to become a seminal work of surrealist fiction. One comparison I always think of, although I would say this series is much more adult, is to that of Phillip Pullman’s His Dark Materials and subsequent works which also bend reality and work with religious subject matter along with a re-imagined world based on reality. I would recommend The Vorrh trilogy to anyone who enjoys Pullman’s work. 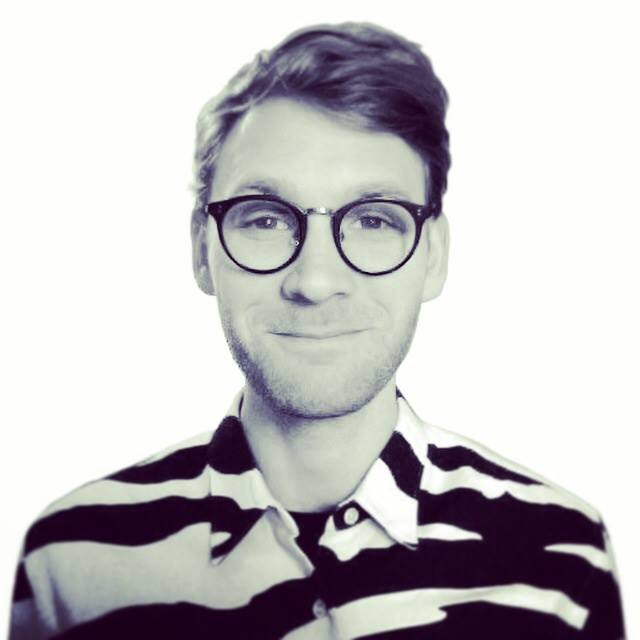 Jamie Jonathan Ball is the author / illustrator / creator of Professor Humblebee, an action adventure comic-book series about a clumsy botanical explorer. He is also a professional children’s book designer and has worked on over thirty illustrated educational titles which have been published in many languages worldwide. With subject matter ranging from politics, space exploration, classical music, the renaissance and map-based puzzle books, he has a well-rounded experience in producing books for children of all ages. Some books he has worked on have been both short-listed and won awards including the Royal Society of Science Young People’s Book Prize, the British School Library Association Award, the British Book Award and the Junior Magazine Design Award. He lives in Hamburg, Germany with his wife.