Every Red Sofa Chats reminds me of the humble beginnings of my own career, and that we’re all in this together. If there’s anyone who’s thriving in our publishing world, it’s Jeff Rivera. His own experience is unique in itself; plus he has assisted many other authors in reaching their dreams of getting published, while also being an  himself.

Jeff’s desire to help other writers is what makes him special and invaluable. And we’re extremely honored to have Jeff involved with the Red Sofa Chats. Thank you so much Jeff! 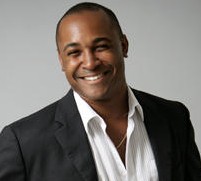 Jeff Rivera is an author and inspirational media personality. He has appeared on national television, radio and print in such outlets as The Boston Globe, Publishers Weekly, Right On! Magazine, Rotarian Magazine, TMZ, WABC, WNBC, WCBS, SITV, American Latino and NPR.

He also writes or has written for Mediabistro, GalleyCat, Publishing Perspectives, Digital Book World, Examiner, American Chronicle, School Library Journal and the Huffington Post and has been invited to speak and inspire groups all over the world from South Carolina to Nigeria. He has been on panel discussions for The Library Journal, Authors Guild, the Harlem Book Fair and many others.

He is known to have broken the news that Seth Godin was ditching traditional publishing which lead to mentions on hundreds of blogs and media outlets including The LA Times, Fast Company, and New York Observer. His news break that Jackie Collins would be self-publishing the US-version of her eBook lead to mentions in The Bookseller, The Guardian, USA Today and hundreds of other outlets.

His humble beginnings of living in American poverty on welfare and food stamps as the child of a single mother, to his days living in his car and final rise to becoming a published author, journalist and media personality have inspired many.

Rivera created a massive online following before the eBook revolution even existed.  He was able to land an agent and a book deal with Warner Books (now known as Grand Central Publishing) within 7 days.  He has used the knowledge he gained from this experience to help coach his clients on social media campaigns and has helped over 100 clients take the first step in landing an agent too.

1.  What motivated you to pursue a writerly life? Let alone lead a previous career in social media marketing and publicity?

Great question. I’ve been writing since I was in the second grade, long before I knew it was possible. I’d go into the school library and just imagine a life where I was an author. And here we are years later and it’s happened for me.  The first novel I’d ever written in my life was first self-published by me and then acquired by Grand Central Publishing, which I was told was an impossible task. Yet it happened. The lessons I learned from promoting my own self-published book online, I now use for my clients and to teach others. We do everything from Facebook, Twitter to Message Board campaigns as well as traditional publicity and Skype tour campaigns. Our Skype Tour campaigns have included everyone from Mark Victor Hansen (Chicken Soup for the Soul), Seth Godin, Nicholas Sparks and a whole host of Disney Channel and Nickelodeon kid stars.

2. You’ve interviewed many amazing individuals throughout your career, while somehow finding the time to write books and support other writers’ along their own publishing paths.  Is there anything else you wish you could do in the publishing world?  If so, what? If not, what have been some of your most satisfying career experiences?

Actually, I’m working on doing less, not more. I want to focus on just teaching others how to do what I’ve done and on my own writing.  Interviews I love because I’m naturally an inquisitive person and it’s always great to talk to the real movers and shakers in the book and entertainment businesses.  My most exciting career experiences have been the simple thinks like getting my first book published, or coaching the big names in book business and entertainment and getting the support and endorsment but what lifts me even more is helping my clients reach their goals, whether that be landing an agent or seeing their eBook take off.

3. What are you reading right now (for personal reading, for fun)?

I’m reading “The Magic” from the author of “The Secret” — love that book.

4. How do you utilize Twitter? How do you believe it has changed the way we go about publishing books?

Quite frankly, I’m not that into Twitter. My preference is Facebook but what I do love about Twitter is how easy it is to find people who are interested in whatever your book is about and to start a relationship with them. I love also eavesdropping on Oprah’s tweets as she talks to her inner circle. That’s so cool.

5. If you had a crystal ball, where do you think (or hope) publishing will be in 5 yrs?

Completely changed.  Half the books bought will be eBooks (but probably closer to 70-80%).  Half the books acquired by publishers will be those that head been test-marketed independently by authors first as an eBook.  Agents will be allowed to charge additional fees for the extra services they provide. So many things, it’d take an hour to rattle them all off. It’ll be completely changed and I’m excited about it.

What do you think about this eBook revolution? Do you see eBooks taking the primary portion of book sales? And what has your experience been as a writer if you didn’t go the traditional route in publishing?  A random person’s name will be drawn from the comments and questions for free eBook of Jeff Rivera’s.