Sex Scenes and Consent: Notes from the Armchair #9

So here’s the thing, readers.

I’m a literary agent. I rep romance and erotica. I even read it in my spare time. 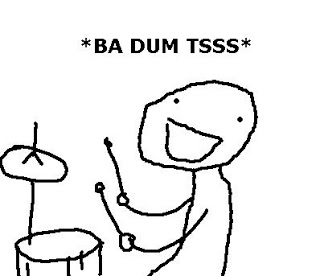 I also happen to believe that it is the MOST IMPORTANT THING for said romance and erotica novels to have verbal and enthusiastic consent given by characters prior to the start of any sex act, just as it is in real life.

“Now, wait just a minute,” some of you might say. “Consent?!? I’m not too familiar with this concept!”

Well, never fear, gentle reader. To find out about why consent is non-negotiable and what constitutes real consent, go here and, if you’re the video-watching type, go here.

Ok. Are you educated? Excellent. Now let’s talk about consent in books.

Since I’ve started as an agent, it’s been my goal to champion really excellent books that exhibit diversity, sexual health, equality, and feminism. Going into this job, I didn’t think that any of these things would be at odds with the romance genre, but time and time again I’ve had the following happen:

I get a query for a super fun and sexy romance novel. The hero is scorching and the heroine* is smart as a whip. I request the full, and before you know it, I’m reading through dinner, and even putting off episodes of “Orange is the New Black” to finish it. But then, I get to a sex scene. Both parties are super into it. Making out like you only can in books, and breathing heavily, but not in the mouth-breather type of way. Then, things start to get a bit heated, and even though she really wants to, the heroine gathers up her strength and says “no.”* Like, an actually, verbal no. Sometimes with a big shove and a pull-away, sometimes not, but one fact remains the same: there’s a “no.”

Most of the time, the hero channels Robin Thicke and knows that the heroine really, really wants to %&$@. Sometimes, the hero is so far into his sexytimes fog that he doesn’t hear/pay attention. Often, he tries to convince her, either with his words or with his body, to say yes. The heroine eventually yields, admitting to actually wanting to bone his brains out, and then they live happily ever after in love.

What I outlined above is NOT a consensual sexual encounter. In fact, a coerced “yes” is the same as a “no.” And that is not cool.

These types of books make me squick.

The types of encounters where a partner convinces a character to say yes after they express their desire to stop the act is a depiction of sexual assault. The problem with writing these scenes in romance novels is that they are depicted as sexy. They are normalizing sexual assault through media.

Think back to when you were a teenager and just experiencing your first relationship and/or exploring your sexuality. Where did you get your ideas of sex from? That’s right. The media. And that includes romance novels.

Romance novels are, by their very nature, sexual and romantic fantasies. In these books, the hero and the heroine fall in lurrve and have lots of explosive sexytimes and even babies, if they’re into that sort of thing. There’s also almost always a brisk wind making the heroine’s hair look PERFECT and ripping the hero’s shirt off, but that’s neither here nor there.

Romance novels are also examples of what love and sex should look like in the real world, even though they’re not necessarily meant to be so by their authors.

Most romance writers are women. And I can guarantee you that none of these authors think that sexual assault and rape are ok. So why is non-consensual sex in books still so prevalent?

I believe that it comes down to POV. Romance novels are either in the first POV, or in a close third POV, which means that no matter what, the reader is in the main character’s head. We see how attracted she is to her romantic interest. We feel it and it makes out pulse race, too. We know what he tastes like, and whether he’s circumcised and all that jazz. We know that the heroine gets lost in his eyes and wants nothing more than to climb him like a tree.

We also know why she says no.

We want her to say yes. Hell, she wants to say yes. But she doesn’t. And the man knows they’re meant to be together, so he pushes. And she gives, because her reasons weren’t “real” reasons. Not like “I’m not attracted to you” is a real reason.

And we, as readers, accept this at face value, because we’re in her head, and we’re happy she got some with a hunk-a hunk-a burnin’ love.

But a “no” is a “no,” no matter the reason. Even if we know why. Even if it’s half-hearted. Even if the heroine changes her mind later.

The problem with the hero pushing the heroine, or just plain not listening to her, is either we have to think that non-consensual sex is hot, hot, hottttt (it’s not), or we realize that the hero isn’t actually all that great (after all, how can we respect someone who doesn’t respect his partner’s wishes?)

And what fun is a romance novel if you’re not loving the hero?

So romance writers (or any writer working on some sort sex scene/romance), consent is sexy. Take that to heart, and make sure your writing reflects it.

I’m tired of rejecting romance novels because they’re rape-y. I’d like to reject them for being cheesy or having bad writing for a change.

*note: not all romance novels are about a cis, hetero couple. I will, however, pretend they are for the purpose of this post.

*note: sometimes this happens with the heroes, and I don’t want to discount their “no”s, but I’m using a woman’s “no” for this example, because I can.