NaNoWriMo Day #18 – Writing requires a self to provide the words

My good friend and agent asked me to do this post: “How did you choose writing or how did it choose you?” Simple.

I found myself using the time I set aside to write instead Photoshopping the face of Gritty, the new Philadelphia Fliers mascot, onto Karl Marx. 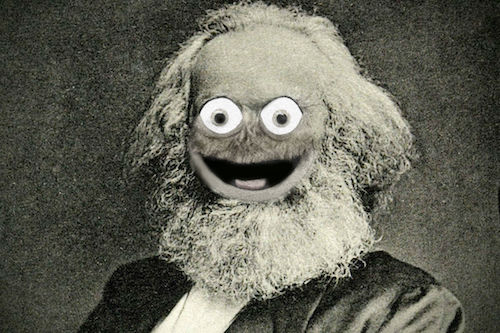 There is a specter haunting YOUR NIGHTMARES.

I, like a lot of writers, knew I was a writer when I was very small. From middle school on, it was my identity. The thing I was good at. Something nobody could take away.

At nineteen I was assaulted.

After, I could not read or write. Not even for school, not for years. Apparently common for trauma victims. I could white knuckle through the pain of trying every day, refusing to mourn. Still couldn’t write. Time moves on. Eventually, I had to as well.

I was (and remain) bad at math, but it was possible. Limited school writing came back, though it was torture. See, writing requires a self to provide the words. Math, by contrast, is boring. It requires no self-reflection. No space for memories to breathe down my neck and bloody my nose.

I got an accounting degree.

A few years passed where things got better. I had friends, a husband, stability. I was doing okay at work. Started reading a little again. I didn’t attempt writing because, well, I was done with that.

A couple weeks before Christmas of 2015, I went with friends to see Star Wars: The Force Awakens. Hated it the first time. Went again, because that’s what fans do.

I loved it. I think seeing it a second time gave me permission to find what was good about it. There was a bright, abandoned, impoverished young woman who kept going, and a man driven by rage. You might think I only identified with one, but you’d be wrong.

Every down moment for a week, I felt an urge I had trouble naming because I hadn’t felt it for such a long time. I was in an airport on Christmas Eve with no internet. Just me and my thoughts.

With nothing else to do, I drafted a chapter. Once I had internet, I posted it. It took off. My follower count grew by two orders of magnitude in a day.

I wasn’t a writer, if I’d gone back to writing it’d be too much. But that wasn’t writing. That was fan fiction. I could do it.

It was like breaking a dam. I wrote so much, 500,000 words in less than a year, that it became hard to find new things. My fiction was increasingly unrelated to the movies. I wrote contemporary, post apocalyptic sci-fi, historical romance, horror. Fandom friends who worked in publishing told me I was growing out of fan fic. If I stayed, didn’t seek out peers and critique, I’d develop bad habits that would be hard to unlearn. They said if I really wanted to make it as a professional, I had a shot. Not everyone does.

So. What did I want?

I could have decided to stick to fandom. Easily. If I wanted fans and approval, I had that. I wrote a chapter a night and woke up to fifty people, daily, begging me for more. Published writers are lucky to get five Amazon reviews. I joined professional writing communities which, far from laudatory, sneered at any hint of self-assurance I had. For good reason! I didn’t know how to pitch or self-edit. Those skills each took a year of daily study before I was minimally competent. I asked an agent in a Q&A —My future agent, in fact! Our first interaction!— if it was okay to call my own writing “literary” (“Yes.”). I still wrestle with that label. I wrote and queried a book I loved. I didn’t get rep for it.

It would have been easier to crawl back to fandom. I had reached acceptance, Goddamn it. Why pick open old injuries? Every rejection hurt. Every hint I didn’t belong was met by something in me that agreed.

Last year in November of 2017, I started a novel for NaNoWriMo. I only did 30,000 words that month. Didn’t “win.” Another failure. I queried it in April, braced for rejection. Erik offered rep in May. We’re doing revisions now and will soon be on submission.

May I brag a little? It’s good. You will love it.

I know the story of how I would never be a writer. That story ended at nineteen. Maybe this is a mistake. Maybe the sixty years after that is an epilogue where I mourn or fail to mourn me, a writer, long dead. I know that story. I still tell myself that story.

Let’s tell a different one. 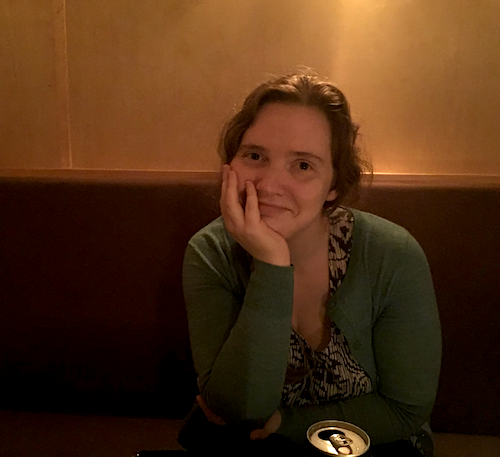 M.K. Anderson lives in Austin, Texas and is currently revising a novel on fandom in the wake of the 2016 election.  For updates on her writing, sign up for her mailing list here.